Home
Vacations
GET READY FOR ACTION!

Get READY FOR ACTION!

She’s the woman who gets Bear Grylls fit for his challenges – now PT Natt Summers shows you how to prepare for adventure this summer.

From paramotoring over theHimalayas and circumnavigating theBritish Isles on a jet ski to freefallingout of planes and crossing the NorthAtlantic in an inflatable boat, we’veall been inspired by Bear Grylls’ escapades onscreen. Perhaps you’ve dreamt of joining him onhis adrenaline-fuelled quests – or wished forthe amazing strength, stamina and agility he hasto survive outdoor adventure. Well, wish no longer. We’ve asked Natt Summers – the PT responsiblefor transforming Grylls’ fitness – to reveal theinnovative, functional exercise she uses to help herclients rise to any physical challenge – so you canhave your most action-packed summer yet.

When Grylls first walked into Summers’ Hungerford-based studio,Accomplish Fitness (accomplish-fitness.com), with his wifeShara, six-years ago, he cynically thought he was in for a ‘girlyworkout’. But, says Summers, it didn’t take him long to realiseher ‘express’ method of training was far more effective thanthe 60-minute weightlifting sessions he’d been doing up untilthen. ‘One of Shara’s friends had bought her a gift voucher ofPowerPlate workout sessions with me, and Bear came alonghaving just returned from filming Man Vs Wild in the US, althoughI had no idea who he was at the time,’ says the PT. ‘For the entiresession, he never stopped interrupting or asking questions, andwhen our 30 minutes were up, he asked why I wasn’t trainingShara for a whole hour as that’s what he did. I said, “that’s great,but I only train people for half an hour”. He seemed perplexed,but returned with Shara the next day, and by the end of the week,Shara’s sessions were for the both of them, and it’s remained thatway ever since, except for when he’s away filming and he followsvideos I make for him.’

GET READY FOR ACTION! Photo Gallery

Following the success of their book, Grylls andSummers started their own fitness company, BG EpicTraining (bgepictraining.com), opening several warehousesized gyms in the UK, with intentions to go globalsoon. Their philosophy is to change the way peoplethink about fitness with integrative, adaptableworkouts that fit into people’s daily lives. Butthat’s not all Summers, 39, has planned.‘My clients mean everything, so I still teach. Monday to Friday at my one-on-one studio,while doing BG Epic Training stuff at theweekends,’ she says. ‘Plus, I run fitness retreatsand have a boutique studio in Chilton offeringHIIT, yoga and boxing classes. And I’m opening abigger, more luxurious premises called The Good LifeCollective, where I’ll choreograph all the programmes andrecruit instructors to lead classes – I have to expandas I’ve got waiting lists.’It’s a great success story, considering Summersonly fell into fitness after falling pregnant at 27– gaining five and a half stone in the processdue to gestational diabetes – and decided tobecome a PT when other trainers told her shewould never get her pre-pregnancy body back(she did, by the time she qualified a year later).After teaching in local gyms, she took a gamblewhen the recession hit by opening her ownpremises. Realising her clients wouldn’t be able toafford expensive gym fees plus her services on top, her pay-as-you-go business thrived, as clients came to depend on her to keep them sane and well through the stresses of losing their jobs. 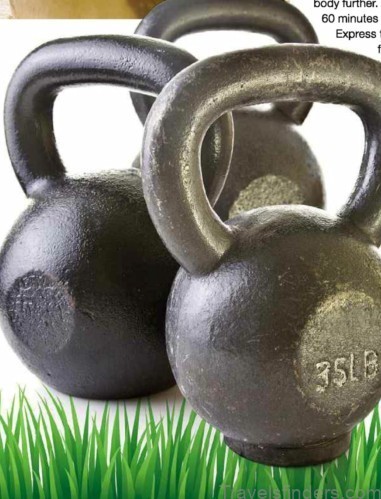 But it wasn’t until two clients who trained together ina lunchtime slot fell out and couldn’t agree who wouldretain Summers’ services that she discovered thefunctional express training method she is nowfamous for: ‘I split their hour in half, trainingthem separately, and within six weeks boththeir results had gone through the roof. Thisled me to look into interval training methodsand the effects different-length rest periodscould have on heart rate when thesemethods were hardly known.‘I did masses of research andexperimentation on functional exercises thatworked loads of muscles at the same time formaximum results, when conventional training stillencouraged doing basic moves such as lungesand biceps curls separately.‘For me, functional fitness is about gettingyour body to move as one unit so it cando everything you ask of it – from climbingand jumping to being able to pull andpush your own bodyweight so youcan complete daily activities or moreadventurous ones – rather than specificallytraining to be able to carry your shopping, runfor a bus, or lift your child.’

The definition of ‘functional fitness’, accordingto Summers, is being massively redraftedwithin the fitness industry right now. Ratherthan focusing on exercises that help youcarry out regular daily activities, it now alsomeans your workouts should fit in with yourlife. ‘Training in a gym is restrictive for manypeople; many drive or get public transport tothe gym, wasting valuable time to get activeas soon as they leave their home or workplace,’she says. ‘You get stressed simply trying to get there and commit to your workouts, whilemissing out on the numerous healthbenefits of exercising outdoors;plus, you’re restricted by theequipment or classes on offer, andby the four walls and peoplesurrounding them.‘For women who aren’t great atputting themselves first, you getmuch better cumulative resultsdoing a couple of four-minute burstsof exercise throughout the day, anytime, any place, six days a week,rather than struggling to get to thegym three days a week.’ 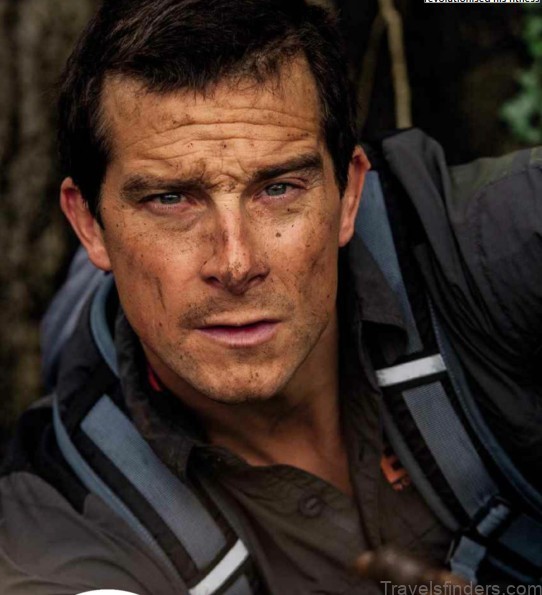 From the South Entrance to West Thumb Junction