South Sea island-hoppers favor Tahiti, not too quiet, nor is it another frenetic Waikiki Beach. All of the guest rooms in Tahiti do not total those in the Sheraton Waikiki. The Maevo hotel with seven floors is the largest in the South Pacific. It broke the old rule that no hotel should be higher than a coconut tree. The Tahara is Papeete’s upside down hotel, the guest enters the lobby at the top level, with ten levels of rooms terraced down the hillside beneath it. All hotel managers are not as enthusiastic about the island as many of the visitors. The laid-back lifestyle of the employees includes taking off a few days whenever the whim strikes.

Tahiti is for the romantic and for lovers of natural beauty, those who like Hawaii but want something less developed, yet are not inclined to try the even more remote underdeveloped South Sea islands. About 100,000 visitors appear in Tahiti each year, 45 percent of them from the United States. The average visitor to Tahiti is about fifty-one years old. Almost half of them travel with a spouse. Of the approximately 100,000 people residing in the 110 islands that compose French Polynesia, almost 60 percent live on the Island of Tahiti, the international gateway to French Polynesia. Thirty miles long and eighteen miles wide, volcanic in origin, its highest point is Mount Orahena, 7,321 feet. It is only one island in French Polynesia, which includes some 1,544 square miles of ocean and the Marquesas Islands. While most tourists to French Polynesia limit their visits to Tahiti or to Moorea, twelve miles to the northwest of Tahiti, a few also visit Raratea, 116 miles from Tahiti; Tahaa, two miles from Raratea; Bora Bora, thirty-five miles northwest of Tahaa; and Hualine, twenty miles east of Raratea.

One little island, Feteraroa, is owned by Marlon Brando. When he bought the island not one native lived there. Everything must be imported including personnel to operate his little group of fares, the open-air huts, characteristic homes of the islanders.

The average temperature of seventy-eight degrees and the offshore-onshore breezes make for a humid, balmy climate. During the night or early morning hours, air cooled by the mountains flows downward to the coastal areas. By mid-morning the mountain slopes, heated by the sun, cause the air to rise, drawing in moist air from the surrounding seas. Unfortunately there are periods of heavy rain and, from time to time, typhoons that cause havoc in the low-lying islands.

As a French Overseas Territory, French Polynesia has a governor appointed from Paris and a sizeable contingent of French troops stationed on the islands. 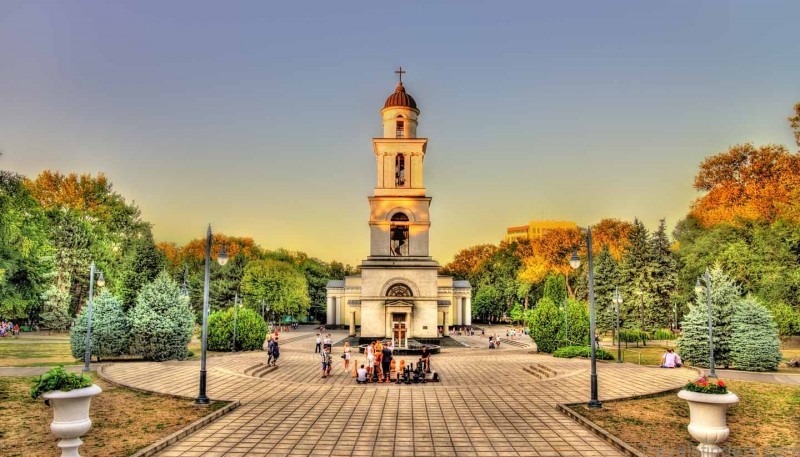 Map of Moldova – The Ultimate Guide To Moldova For Tourists