Raiatea Roughly the same size as Tahiti, but with less than 10% of its population, Raiatea is a place where ‘island time’ ticks at an even slower tempo – it’s all about kicking back and enjoying the space and peace. Cocktail, anyone? This hotel was only built in 2000, but it resembles a French colonial mansion, made almost entirely from wood and surrounded by a vast, palm-covered lawn. It’s just metres from the ocean, and its west-facing position makes this a prime location for pondering epic auburn sunsets.

There are kayaks and snorkels to borrow, free of charge – and the water is crystal clear, so you can easily find yourselves bobbing about for hours, staring at the fish… just watch out for the massive (and not-so-attractive) sea cucumbers! 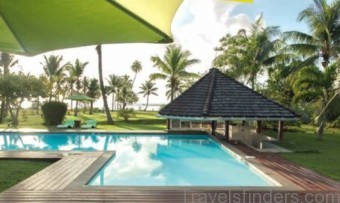 Borrow one of the hotel’s bikes and cycle for 30 minutes along the flat coastal road to the island’s biggest town, Uturoa. Here you can saunter between coffee shops and boutiques selling Tahitian floral garlands and virgin coconut oil. 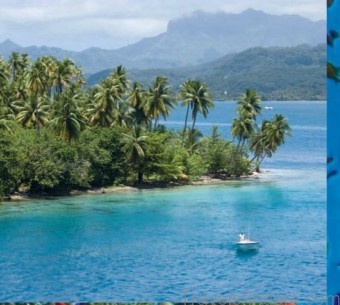 And if you’re not totally exhausted after all that, take a kayak tour of the Faaroa River, French Polynesia only navigable waterway, which meanders through thick tropical vegetation – expect leaves as green as emeralds and as large as canoes.

Raiatea’s central highlands are covered in bright green vanilla plantations and there’s no better place on the planet to sample this aromatic fruit. Raiatea Lodge Hotel does a delicious breakfast of fresh fruit, pastries and coffee, plus a mind-blowing homemade vanilla yoghurt. In the evening try the korori – giant tropical mussels that are almost as big as clams, and harvested from just off Raiatea’s coastline. GO Double rooms from £158; raiateahotel.com