Oregon’s incredibly scenic coastline stretches for nearly 400 miles, a mosaic of everything from rugged, wave-battered headlands to vast stretches of clean sand. US Highway 101 traces the Pacific shores from Astoria in the north to Brookings and the California border in the south, never venturing too far from the ocean and the myriad beaches, and spanning the numerous bays, rivers, and streams on historic bridges.

The Oregon coast has no large cities. Instead, Highway 101 and a few secondary roads thread through a string of wonderfully diverse small towns and tiny villages, some of them brimming with tourists much of the year and others largely off the radar. Astoria, Seaside, Cannon Beach, and Tillamook anchor the north coast, and each town differs markedly in character. On the central coast, Lincoln City, Newport, and Florence offer numerous attractions and amenities for visitors while smaller villages, such as Pacific City, Depot Bay, and Yachats, exude unique charm. The south coast—Coos and Curry Counties—are practically a world of its own. Coos Bay/North Bend is a sprawling port community, still very much a working town that has long been dependent on forestry and shipping; a short distance south, Bandon is somewhat the opposite—the classic touristy destination (with immediate access to gorgeous beaches).

But farther south still, into Curry County, Oregon’s coastline reaches its scenic zenith, with small communities such as Gold Beach, Port Orford, and Brookings offering a palpable sense of discovery for visitors who seek their hidden-gem restaurants, pubs, shops, parks, and other attractions. The south coast beaches range from easily accessible and popular playgrounds to hidden enclaves reached by less-than-obvious trails that open up onto postcard-pretty expanses of unpeopled sand, and surf studded by rock spires (for a complete guide to all of Oregon’s accessible beaches, see Oregon Beaches, A Traveler’s Companion by John Shewey).

Oregon coast festivals come in many forms, celebrating all kinds of local activities and products. They include some of the state’s oldest and most heavily attended events to festivals that remain virtually local secrets. Large and small, the coastal festivals are well worth attending and serve as excellent anchors for a long weekend spent exploring the Pacific shoreline. 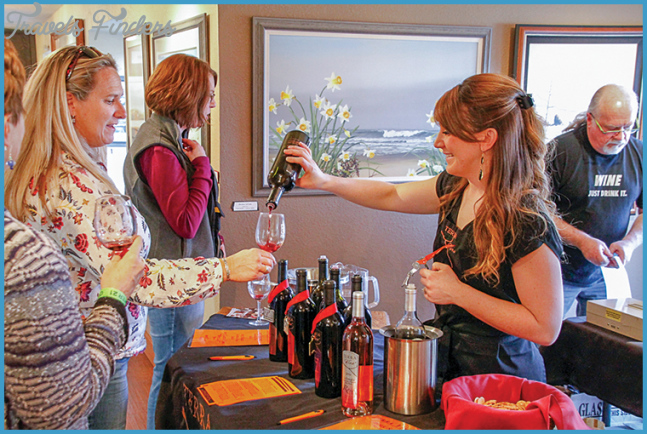 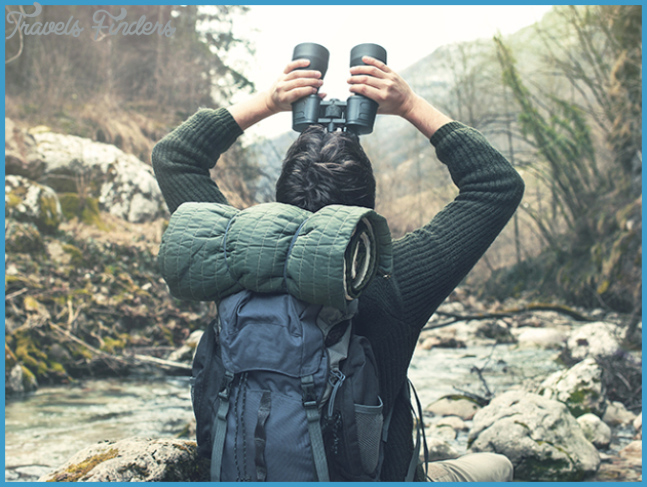