This might not be a must-visit destination in isolation, but, if you’re in the Nelson area, this short, pleasant detour allows you to drink at New Zealand’s oldest pub: The Moutere Inn.

There was a drive in the 1840s to bring European migrants to this part of New Zealand and this brought a significant number of Germans, who built a town with all the essentials: a church, school, store, post office, and an inn. Cordt Bensemann was the German migrant responsible for the inn. After a few years living in the region with his family, he moved

to what is now Upper Moutere, where he first built a house and then started work on the main wing of the inn, which was completed in 1853. He added an additional wing in 1857 and moved his family into this part of the building—they lived there for 36 years. The inn was clearly well built, as it still remains today with only limited structural change. It’s this enduring building that allows The Moutere Inn to claim to be the oldest pub in New Zealand—other “oldest pubs” have been burnt down or destroyed and rebuilt, but not this place.

Today the pub is run by beer-lovers and that’s immediately evident when you walk in and see the range of New Zealand craft beers on tap. They also have a couple of their own beers that are contract-brewed for the pub, including 1516, a very nice New Zealand Pilsner with a fresh lemony lilt. There’s also homemade ginger beer and good food (the portions are huge).

The pub sits on top of a hill, with the view a patchwork quilt of greens, patterned by hop bines, orchards, and grape vines. It’s a view that probably hasn’t changed much since Bensemann first built his house there. Turn toward the building and the structure is also as it was over 150 years ago and, although it feels bright and modern inside, there’s something timeless about it. There are always arguments about the oldest pub in a country and there are other Kiwi contenders, though The Moutere Inn seems to be the one that most people consider to be the original and the longest lasting. Don’t pass by without stopping in for some lunch and a beer.

WHAT: The Moutere Inn HOW: www.moutereinn.co.nz

The Moutere Inn is not just one of New Zealand’s oldest pubs, it’s only 30 years younger than its oldest surviving building. 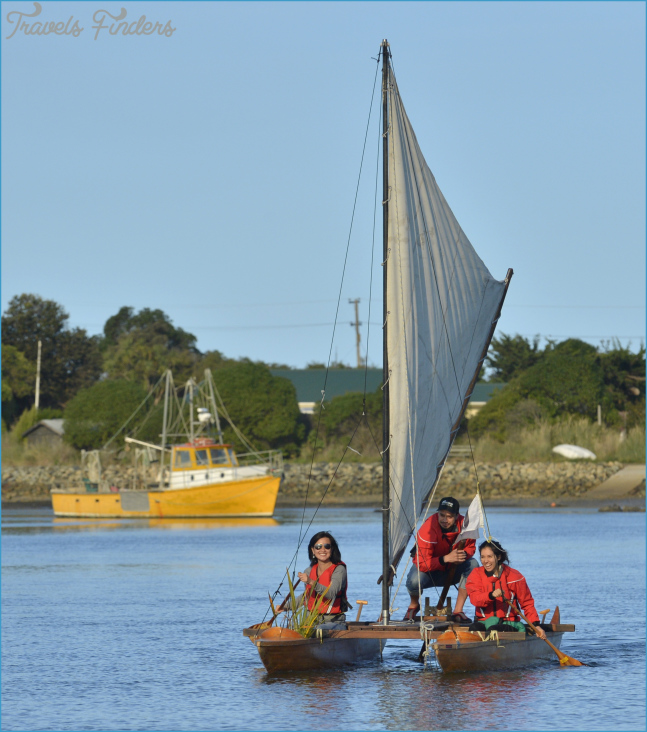