Perched on a cliff top overlooking the St. Lawrence River, Quebec City has a European aura that’s rare in North America. Its old city a tumble of colorful metallic-roof houses clustered around the dominating Chateau Frontenac dates back nearly 400 years. The hemisphere’s only walled city north of Mexico, it’s been named a UNESCO World Heritage Site one of only three areas so designated in North America.

The Lower Town (or Basse-Ville ) is where the port is; a steep uphill walk or funicular ride will take you to the Upper Town (Haute-Ville), the city’s historic section.

Iconic sight The majestic turrets of the Chateau Frontenac hotel (www.fairmont.com/frontenac-quebec ) tower over the city from Place d’Armes square in the Haute-Ville. Colonial governors used to live here, and everyone from Winston Churchill to Queen Elizabeth II have visited since. Guided tours are available, or just stop in for a drink or afternoon tea.

Stretch your legs Beginning at the city’s star-shaped Citadel fort, the pedestrian promenade la Terrasse Dufferin offers magnificent views of the St. Lawrence River, ferries, and the harbor below.

Off the beaten path Bicyclists can ride 8 scenic miles to Montmorency Falls, which plummet down a 272-foot cliff into the St. Lawrence River.

Shopaholic alert Quebec City has 3 prime shopping areas: the Lower Town’s boutique-y Quartier Petit-Champlain and antiques-laden rue St-Paul, and in the old city, avenue Cartier, which has more of a youthful local vibe. 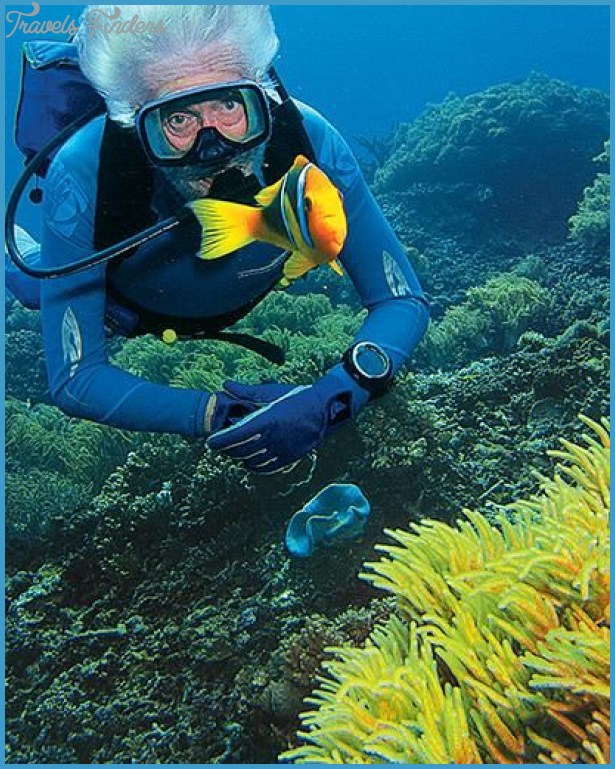