For many Alaskans, Latino is synonymous with Mexican. Occasionally, some Alaskans assume that all Latinos are of Mexican descent, perhaps because the majority of Latinos in Alaska are Mexicans. However, the population of Alaska includes Latinos from Central America, South America, and the Caribbean. Such confusion is also part of the history of Fairbanks. An Italian who discovered gold in 1902 in the Tanana Valley, near Fairbanks, is known as Felix Pedro, but his real name was Felice Pedroni. The use of the name Felix Pedro leads many to believe that he was Latino, not European.

decades, as is evidenced by a factory named Taco Loco that assumed operations in the 1960s. Currently, Taco Loco products include tortillas, chips, and salsa that are distributed across Alaska. Anchorage is the only city with Latino markets (Bodega Hispana and La Flor de Tijuana) offering products that are difficult to come by for Latinos in other Alaskan cities. However, large chains of supermarkets in Fairbanks and Anchorage contain modest sections of ethnic foods for Latinos.

Latino cuisine in Alaska attracts people from the Latino community, as these restaurants are one of the few places where Spanish is spoken and the cultural diversity of Latinos is evident. Latino culture and identity are represented in the names of Latino restaurants. Names such as Jalapenos and Cilantros are representative of Latino condiments in food, while other names, such as El Chicano, Azteca, El Sombrero, and Acapulco, are representative of Mexican culture. In North Pole, a small town in the interior near Fairbanks, the Mambo Grill offers Latino cuisine from South and Central America, including the Caribbean (Cuba, the Dominican Republic, and Puerto Rico), making it a must-visit restaurant for the Latino community.

Besides the evident influence of Latinos throughout Mexican and Latin American cuisine in Alaska, various Latino organizations sponsor events, such as Cinco de Mayo celebrations, that enrich cultural identity during Hispanic Heritage Month. Because Anchorage is the state’s most populous city, most Latino organizations are located there. These include the Anchorage Latino Lions, Anchorage Hispanic Cultural Committee, Alaskans Concerned About Latin America, Association of Latin American Students, and Consejo de Latinamericanos en Alaska para Servicios Especiales (Council of Latin Americans in Alaska for Special Services, or CLASE). CLASE focuses on meeting the needs of the Latin American community with social services and programs related to education, migration, and citizenship, among other issues related to public policy.

Eielson Air Force Base, near Fairbanks, also holds several events during Hispanic Heritage Month to celebrate the culture, traditions, and contributions of the Air Force’s Latinos. In 2006, Ivette Fernandez, a Mexican American who is active in Latino community events in Fairbanks, was the guest speaker for one of the Air Force events.

In Fairbanks, Latinos Unidos del Norte, a community organization, and the Hispanic or Latino Awareness Organization (HOLA) a student organization, together with the UAF Office of Multicultural Affairs and Diversity, sponsor fundraising events for two scholarships awarded to two Latinos at the University of Alaska at Fairbanks. One scholarship goes to a college freshman, and the other to a continuing student; both include a tuition waiver for a year and $1,000 from Latinos Unidos del Norte.

During the spring of 2007, the group Tezkatlipoka Danza Azteca, from Southern Mexico, performed traditional and ceremonial dances as part of the Festival of the Native Arts in Fairbanks. Most of the music on the radio stations of Fairbanks is in English, but Latino music can be requested on Friday afternoons at the UAF campus station, KSUA, which features a Latino disc jockey, Jose Cruz-Gomez. In Anchorage, KSKA hosts radio shows in Spanish from Sunday to Tuesday.

Religious services in Spanish are available in Fairbanks at the Sacred Heart Cathedral, at UAF for students who are Catholics, and at the Kingdom Hall of Jehovah’s Witnesses. In Anchorage, Our Lady of Guadalupe is one of the churches visited by some of the Latinos. The Virgin of Guadalupe is the patron saint for Mexicansand, increasingly, for many Latinos.

1. Population percentages and other demographic statistics reported in this chapter are based on data compiled from the U.S. Census Bureauspecifically, the 2000 and 2005 population estimates. The State and County QuickFacts of Alaska are available online at http://quickfacts.census.gov/qfd/states/02000.html (accessed January 17, 2007), and the 2005 American Community Survey is available online at http://factfinder.census.gov (accessed February 3, 2007).

Kidder, Lyn. Tacos on the Tundra: The Story of Pepe’s North of the Border. Anchorage, AK: Bonaparte Books, 1996. 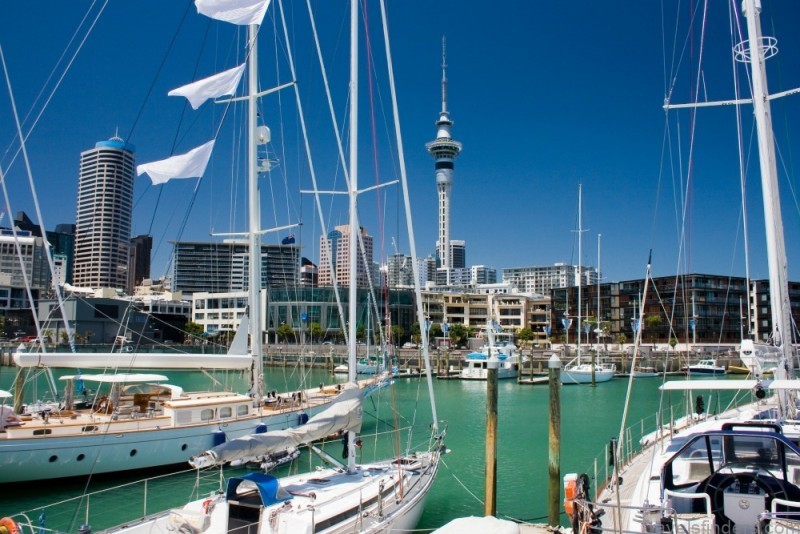 Travel Guide to Auckland: A Map of Auckland

Best place to travel to in Hawaii