Passed by Parliament on June 22, 1774, the Quebec Act attempted to secure the political allegiance of Britain’s new Catholic Canadian subjects

acquired as a result of the Seven Years’ War with France by offering them broad civil and religious rights. Responding to the petitions of French

Canadians (who were angered by their harsh treatment under appointed British Protestant magistrates) and the urgings of Guy Carleton, governor of

The Quebec Act extended the boundaries of Quebec north to Hudson Bay territory, east to the Labrador coast, south to the Ohio River, and west to the

to practice their religion freely in exchange for their allegiance to Great Britain. The act did not, however, provide Canadians with an elective assembly.

American colonists viewed this omission as proof that Parliament intended to establish tyranny in all its North American colonies.

While to modern eyes the act appears enlightened in its toleration of religious outsiders, in colonial estimations it proved that the king was in league with

diabolical forces. Colonists viewed the act together with the Episcopate controversy (17671770) and the Coercive, or Intolerable, Acts (1774) as proof

Reactions to the Quebec Act were fast and furious. In 1774, the first Continental Congress responded with a list of grievances supporting a boycott of

British trade. Some Southern colonists were angered by the limits the act placed on land acquisitions west of their borders. Settlers eager to move into

these Ohio territories did not want to reside in a Catholic colony. Many others inveighed against the act for purely religious reasons. Up and down the

Typical was the reaction of Ezra Stiles, a Congregationalist minister in Rhode Island, who railed against it

throughout [the] Pontificate, and this with the direct view & Design of employing the Arms of Papists as such against protestant Puritans.

This obliging Token of Friendship from the Bench of Bishops will not be very soon forgotten by the Puritans of America.

The act had the power of uniting disparate Protestant colonists behind an ostensibly moral issue. Contemporary observers remarked that this bill, more

than any other act of Parliament, inflamed the passions of colonials against the Crown and propelled them closer to revolution.

The colonial uproar that followed passage of the Quebec Act confounded Britons, who instead celebrated the liberal religious provisions it granted. But to

American colonists, the act violated the historic rights of Protestant subjects. Colonists who had fought in the French and Indian War (the Seven Years’

War in Europe) had been motivated largely by a British patriotism that defined itself as both anti-French and anti-Catholic.

Most Anglo colonists interpreted the annals of British history through a Protestant lens, reading their national past as a struggle of Protestant forces

against papal foes over the survival of British constitutional liberties. Indeed, in protests associated with the Stamp Act, colonists burned effigies of the

Day in England), revelers rejoiced that a seventeenth-century Catholic plot to blow up Parliament had been exposed.

Furthermore, Americans viewed the Quebec Act as a direct attack on their own civil liberties. While many did not actually fear that Catholicism would

become firmly established in the American colonies, the act appeared to set an alarming precedent. By establishing Catholicism in one of its colonies,

colonists feared that Parliament was asserting a right to establish a religion in any of its colonies, removing the right of individual colonies to regulate

The act also renewed fears that the Church of England aimed to place Anglican bishops in its American colonies, thus establishing Anglicanism and

all liberties and, hence, to political slavery. The Quebec Act did, however, help ensure Canadian loyalty to Britain during the American Revolution. 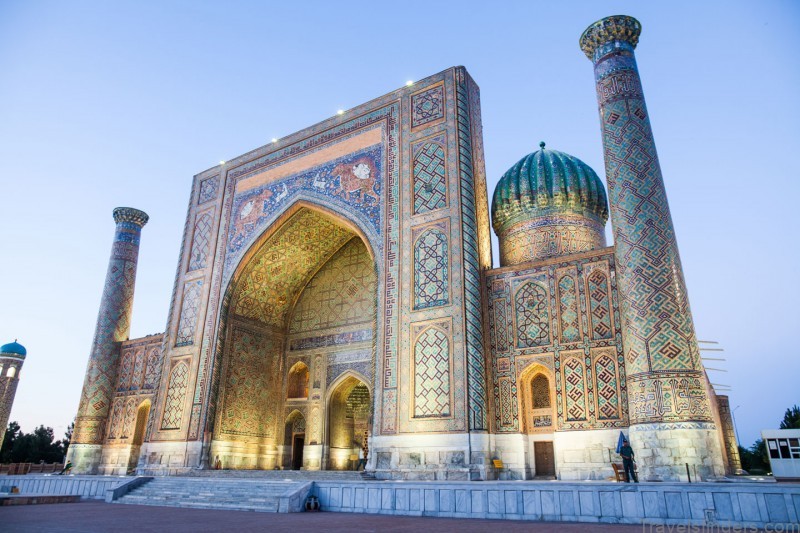 Map of Uzbekistan: The Ultimate Uzbekistan Travel Guide: What to Do and Where