All Viennese outstanding composers needed the halls and opera houses with the best acoustics, the most excellent choirs and, especially, the most capable orchestras. This was and still today is something that can be found in Vienna in unique density.

The orchestra was founded on March 28, 1842 by Otto Nicolai. In 1860 the philharmonic concerts were brought into life. The Vienna Philharmonic collaborated for especially long-lasting periods of time with the conductor Arturo Toscanini, the later honorary conductor Karl Bohm, with Herbert von Karajan, as well as with the honorary member Leonard Bernstein who gave concerts with the orchestra from 1966 on and together with the Vienna Philharmonic reworked the opus of Gustav Mahler.

The instruments of the wind and percussion section of the Vienna Philharmonic are different from other large orchestras, which leads to a very different sound. The bowed string instrumentalists use established instruments, but traditionally cultivate a special timbre that is taught to the new members by the more experienced members. It is called the “Vienna string sound”.

Because of this the orchestra has a historically more authentic sound, which is consistent with the sound of First Viennese School.

The New Year’s Concert of the Vienna Philharmonic is primarily dedicated to the opus of the Strauss dynasty: Johann Strauss I, Johann Strauss II, as well as Eduard Strauss and Josef Strauss. It was held for the first time on December 31, 1939.

The Vienna Boys’ Choir is a choir in the tradition of the boys’ choir of the Viennese court founded on June 30, 1498 by Emperor Maximilian I. The role of the originally about fourteen to twenty boys was to provide musical accompaniment to the church mass. Today the surely most famous boys’ choir in the world gives around 300 concerts a year world-wide. Composers like Christoph Willibald Gluck, Wolfgang Amadeus Mozart, Antonio Salieri and Anton Bruckner worked together with this choir. 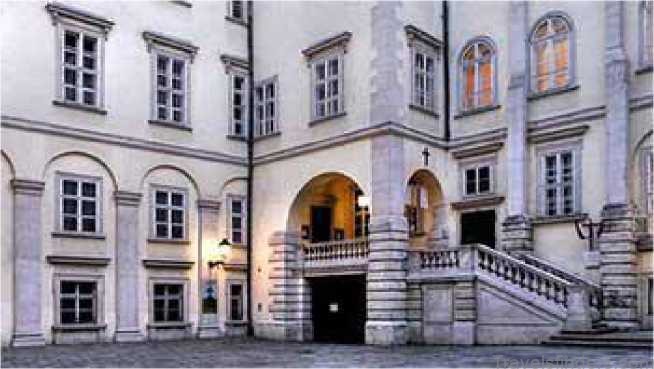 The Royal Court Chapel in the Swiss Court of the Hofburg

The Holy Mass with the Vienna Boys’ Choir

Concert and opera houses in Vienna

The Viennese concert and opera houses are different from other comparable institutions around the world above all because so many premieres of famous compositions have taken place in exactly these houses. In addition, these historical premieres were often conducted by the composers themselves. Still today this is special challenge for every orchestra and every musician who plays in these houses. In a city with such a rich musical tradition, it is no surprise to find an above-average number of outstanding opera and concert houses. Almost all of Vienna’s important concert halls are located on RingstraBe.

A tale that holds quite true is often told to European travelers. There are two things on a trip through Europe that you will not have enough money for: to rent a cabin on the Lido di Venezia and to purchase a ticket for a concert of the Vienna Philharmonic in the Musikverein. For both things there is very long waiting periods. Currently you have to wait six years to get season tickets for week-day Vienna Philharmonic concerts at the Musikverein, for concerts on the weekend even thirteen years. 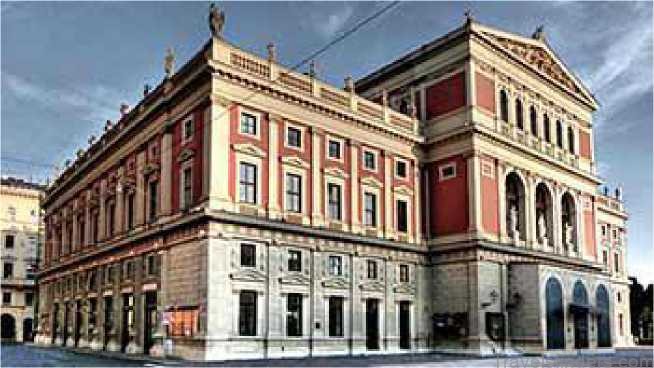 The famous main concert hall in the Musikverein is considered to be the best concert hall in world by many. Every year, on the morning of January 1, the New Year’s Concert of the Vienna Philharmonic is followed worldwide by more than a billion enthusiastic people. The general program is dedicated to the Strauss dynasty, father and three sons. A surely unforgettable experience for anyone who is able to attend the concert in person.

The coexistence of tradition and modernity was already obvious during the very first concert at this new concert hall. The Wiener Konzerthaus was opened with a gala concert in 1913 in the presence of Emperor Franz Joseph I. For this occasion Richard Strauss composed his Festliches Praludium op. 61 that was combined with Beethoven’s Ninth Symphony. Premieres of works by Arnold Schonberg also took place in this concert hall. The Art Nouveau ornamentation has remained unchanged since the time of the theatre’s opening. There are four halls in which concerts take place simultaneously. 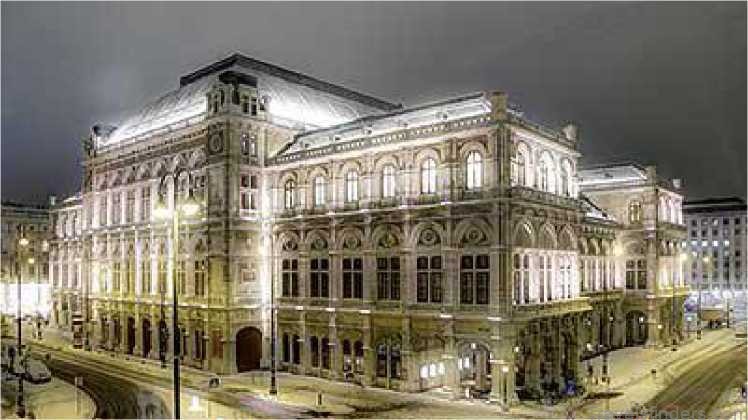 “The top address on RingstraBe”, the Vienna State Opera is the most important opera house in Vienna and one of the most famous in the world. Alone the names of a few of its directors – Gustav Mahler, Richard Strauss, Herbert von Karajan, Lorin Maazel – speaks for the standard of the performances that is cultivated to this day. The members of the Vienna Philharmonic are still today chosen from the orchestra of the Vienna State Opera. The State Opera is also where the most prestigious ball in Vienna is staged – the annual Opera Ball . 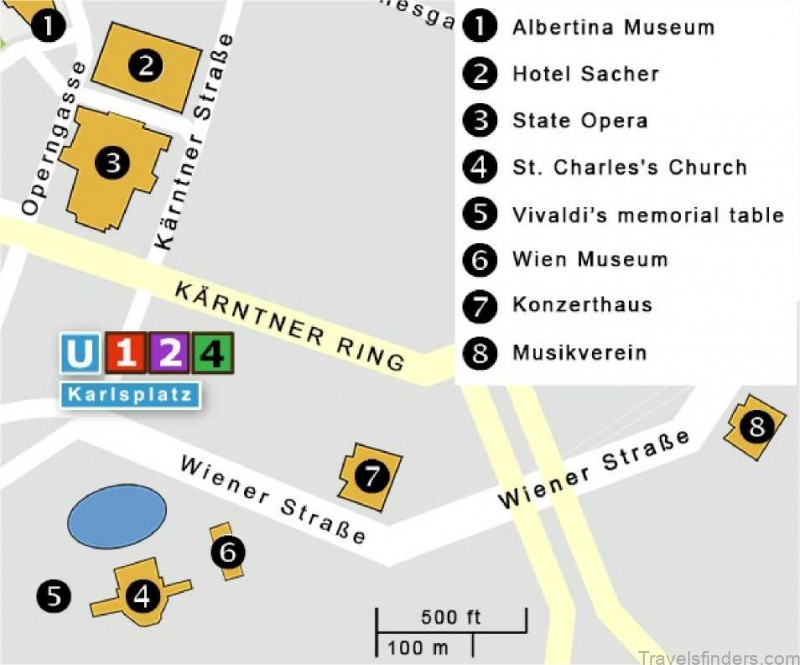 The Theater an der Wien is the oldest, still active opera house in Vienna. In this theatre is where in 1805, the first public performance of Beethoven’s Symphony No 3 (Eroica ) and the opera Fidelio took place. In addition, his Fifth Symphony and Sixth Symphony (Pastorale ) premiered here in 1808. Beethoven even lived in the building from 1803 to 1804. On the ground floor there is a memorial room dedicated to him. In later years operettas by Johann Strauss I and Franz Lehar also premiered here.

The main focus of their repertoire today lies on the one hand on the First Viennese School, above all on Mozart and on the other hand on premieres, or respectively the rediscovering, of operas from the 20th and 21st centuries. 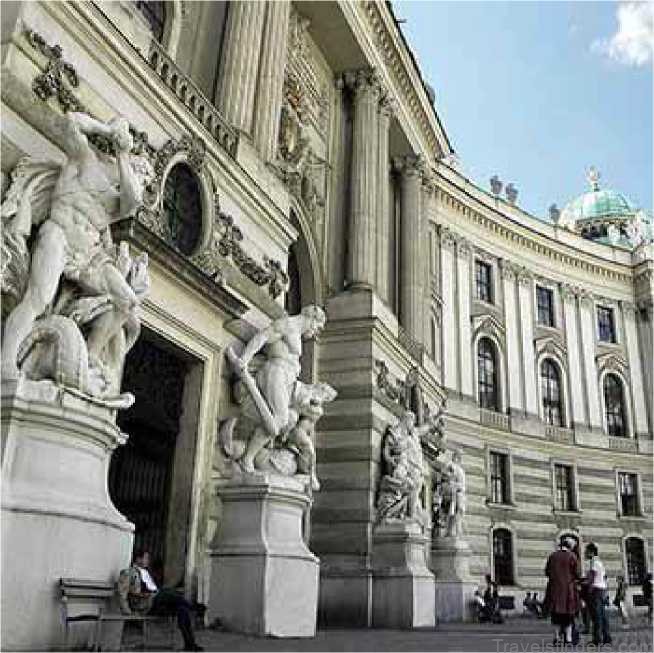