In 1977, the Delaware and Pennsylvania Advisory Committee to the United States Commission on Civil Rights published its report on the mushroom industry in Chester County, Pennsylvania, and New Castle County, Delaware (hereafter referred to as 1977 DPAC Report). This report indicated that in the 1970s, there were 25 to 50 mushroom growers in New Castle County whose labor force was composed of Puerto Rican and Mexican workers. The Mexican worker profile was quite similar to those of earlier migratory waves to the state: they were mostly young, male, single, and Spanish speaking. A few were married, and there were even fewer women. Assessing accurately how many Mexicans were working in the industry is simply impossible. The 1977 DPAC Report recognized that there were no accurate statistics for mushroom workers in general, let alone for Mexican workers. The American Mushroom Institute calculated a figure of between 2,000 and 3,000 workers. For the next two decades, however, the regional mushroom industry experienced repeated shocks, and it had to adapt and reconfigure over and over again to changing economic and social conditions. It succeeded in Pennsylvania, but it almost disappeared in Delaware.6

In the south of the state a different story started to unfold in the late 1980s and early 1990s. Although during this period each county in the state exhibited faster population growth than the rest of the nation, it was Sussex County that grew the fastest, at a rate double the growth of Delaware as a whole. New residential housing near the inner bay attracted retirees to homes near the beaches, and low-paying jobs on farms and in chicken-processing plants brought a wave of Latin American migrants.7 Initially, migrant workers including Mexicans and Mexican Americans, Central Americans (mostly Indigenous Mayans from Guatemala), and some Haitians came from Florida and Texas to work in the seasonal fruit-and-vegetable farms in the county.8 Some of them were hired at the border in the late 1980s under H2B visas, some were beneficiaries of the 1986 Immigration Reform and Control Act or IRCA, and others were undocumented individuals fleeing civil unrest in their countries.9 Some of these workers, mostly Guatemalans, broke away from the stream each summer, preferring year-round employment in the county’s poultry-processing plants.

Although the Latino population is still higher in the northern part of the state (New Castle County), a new Latino community has been forming for the past 20 years in the south. Their impact in the area is unquestionable, and they have affected housing, language, business, and culture. Non-Latino residents were caught by surprise in this seemingly overnight process and found themselves a numerical minority. Tensions have been inevitable. In the post-9/11 world, immi-

gration status has become an issue; for example, Delaware’s governor, Ruth Ann Minner, shortly after 9/11, blocked the issuance of vehicle tags to individuals who could not prove their citizenship with a Social Security card.10

Despite these difficulties the Latino community in the state has flourished during the past decade as never before. In Delaware the reported migrant population has nearly doubled to 67,000 since 2000. Although this figure includes other groups (for example, the Chinese and eastern Europeans), a significant percent of this population is Latino. Compared to other areas of the country these figures may not look so significant, but they have been enough to bring about an unprecedented change to many towns in the state.

Census figures reveal interesting changes and trends in the Latino population in Delaware in the past four decades. In 1970, Delaware had 548,104 residents; 4,820 of these were Latinos (0.87 percent of the total population), concentrated in New Castle County only, mostly in Newark and Wilmington. In 1980, the total state population was 594,339 residents (an increase of 8.4 percent), of which 9,540 were Latinos (1.61 percent of the total population and almost double that of the previous decade). New Castle County still had the lead (6,825), followed by Kent County (1,800, mostly in Dover) and Sussex County (915, mostly in Georgetown). In 1990, the state population was 666,168 (an increment of 12 percent), and the Latino population had reached 15,510 (2.33 percent of the total population and an increment of 65 percent compared to the previous decade). Distribution by county maintained the previous trend: New Castle County (11,075), followed by Kent County (2,854), and Sussex County (1,221). 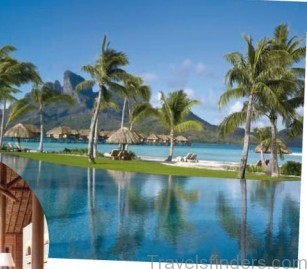