In a land where the stately once prevailed, conservatism has been booted in two successive elections and a wild profusion of the avant-garde has emerged from hallowed academic halls. The country that once determined the meaning of “civilised” now takes many of its cultural cues from former fledgling colonies. The vanguard of art, music, film, and eclecticism, England is a youthful, hip nation looking forward. But traditionalists can rest easy; for all the moving and shaking in the large cities, around the comer there are handfuls of quaint towns, dozens of picturesque castles, and scores of comforting cups of tea.

London offers the visitor a bewildering array of choices: Leonardo at the National or Hirst at Tate Modem; tea at Brown’s or chilling in the Fridge; Rossini at the Royal Opera or Les Mis at the Palace; Bond Street couture or Covent Garden cutting-edge you could spend your entire stay just deciding what to do and what to leave out. The London “buzz” is continually on the move every few years a previously disregarded neighborhood explodes into cultural prominence. In the 1960s Soho and Chelsea swung the world; the late 80s saw grunge rule the roost from Camden; and in the 90s the East End unleashed Damien Hirst and the Britpack artists. More recently, South London has come to prominence with the cultural rebirth of the South Bank and the thumping nightlife of a recharged Brixton.

Trains: London has 8 major stations: Charing Cross (serves south England); Euston (the northwest); King’s Cross (the northeast); Liverpool Street (East Anglia); Paddington (the west and south Wales); St. Pancras (the Midlands and the northwest); Victoria (the south); and Waterloo (the south, the southwest and the Continent). All stations are linked by the Underground (Tube). Itineraries involving a change of stations in London usually include a cross-town transfer by Tube. Get info at the station ticket office or from the National Rail Enquiries Line ( (08457) 484 950; www.britrail.com).

The heart of London is the vaguely defined West End, which stretches east from Park Lane to Kingsway and south from Oxford St. to the River Thames; within this area you’ll find aristocratic Mayfair, the shopping streets around Oxford Circus, the bars and clubs of Soho, and the street performers and boutiques of Covent Garden. Heading east of the West End, you’ll pass legalist Holborn before hitting the ancient City of London (a.k.a. “the City”), the site of the original Roman settlement and home to St. Paul’s Cathedral and the Tower of London. The City’s eastern border jostles the ethnically diverse, working-class East End.

Westminster encompasses the grandeur of Trafalgar Square and extends south along the Thames; this is the. heart of royal and political London, with the Houses of Parliament, Buckingham Palace, and Westminster Abbey. Farther west lies rich, snooty Chelsea. Across the river from Westminster and the West End, the South Bank has an incredible variety of entertainment and museums. The enormous expanse of Hyde Park lies to the west of the West End; along its southern border lies chic Knightsbridge and posh Kensington. North of Hyde Park is the media-infested Notting Hill and the B&B-filled Bayswater. Bayswater, Mayfair, and Marylebone meet at Marble Arch, on Hyde Park’s northeast comer; from there, Marylebone stretches west to meet academic Bloomsbury, north of Soho and Holbom. Camden Town, Islington, Hampstead, and Highgate lie to the north of Bloomsbury and the City. A good street atlas is essential for efficient navigation; the best is KLondon A to Z, available at bookstores and newsstands (£5). 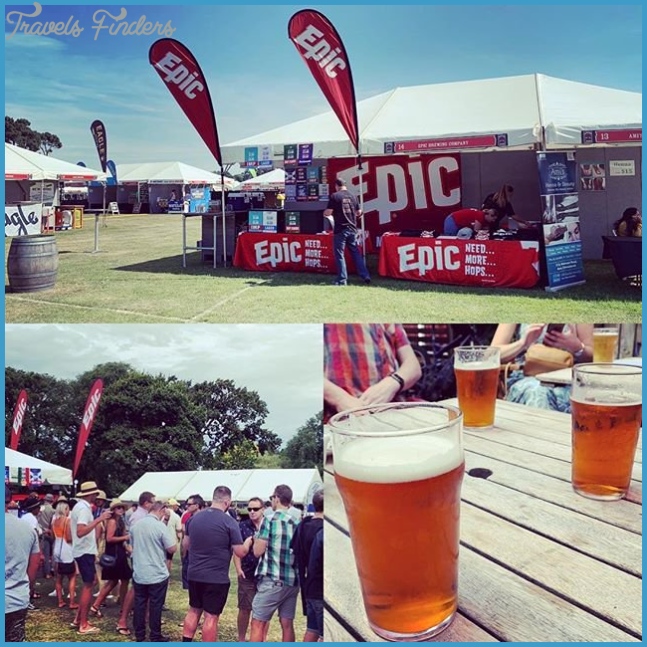 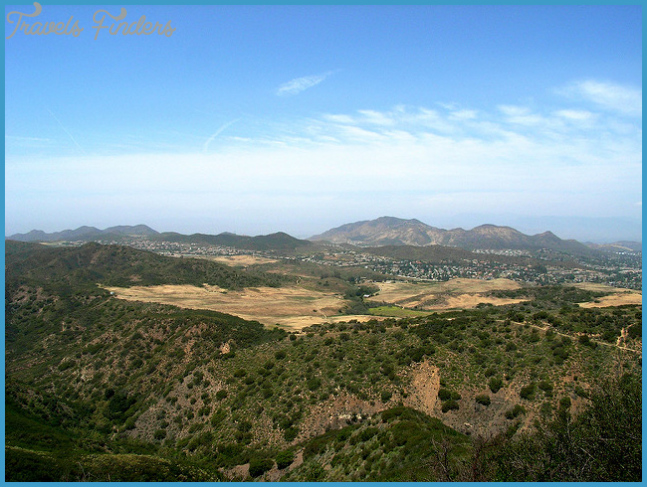 Map Of Switzerland Austria And Germany