The Sanctuary: behind the altar, the crucifix in the apse is dominated by a fresco of the Virgin who, with Christ on her lap, is depicted as Protectress.

Thee are two St George’s cathedrals in Cape Town. This is the ‘other one. While the more famous of the two, the Anglican St George’s in Wale Street, is Gothic Revival, this one is neoclassical, which makes perfect sense, given its Hellenic disposition. Built in 1904 for the small local Greek community, its pretty pedimented roof is dominated by a portico, also pedimented, supported by two Ionic columns.

Elevated to cathedral status in 1968, Saint George’s, or Agios Georgios, is the seat of the Orthodox Archbishopric of Good Hope, Patriarchate of Alexandria and All Africa, whose mandate includes the Western, Northern and Eastern Cape provinces, the Free State, KwaZulu-Natal, Namibia, Lesotho and Swaziland. It occupies a site in a quiet part of Woodstock and, driving past, there’s nothing about the building that says ‘look at me.’


Nothing, but nothing, prepares the visitor for what’s on view inside: incredibly, the walls, apse and vaults are covered in frescoes. There are protecting saints, some of them feisty on horseback, and there are icons. And, while the Nativity, the Life of the Virgin, and the Agony of Christ come almost to life on the walls of the nave, in the blue-painted vaults – celestial heavens dotted with stars – the Christ Pantocrator stares down at the congregation with that mixture of ferocity and benevolence that marks the facial expressions of Byzantine-style religious iconography. When the sun shines in on these heavenly works through the stained-glass windows, they’re bathed in a golden light. Standing here, you could be in a remote monastery somewhere exotically ancient on the edge of the Christian world.

To the untrained eye, at least, the decoration within the Cathedral of Saint George could have been there for millennia. It is most unexpected to discover that a Romanian priest and hagiographer, one Father Nikolai, working in the 1990s with two assistants under the guidance of Bishop Ioakim, who arrived from Greece in 1995 to assist the ailing Archbishop Paul Varnavas, decorated the whole interior. Money to pay for the work, which cost R300 000, was raised by subscription from the members of the congregation. This is not a large building, or even a particularly important one. But its interior is exceptional. There simply isn’t anything else like it in the city.

From the entrance vestibule, the view down the nave culminates in a screen behind which lies the altar. The religious pictures covering every inch of the walls and ceilings date from the 1990s. The chandeliers and pews were provided by private donations.

The Archbishop’s throne, behind which a frieze of the saints depicts, on the left, St Demetrios and, on the right, St Minas. Beautiful faux drapery provides the dado.

Heavens above: the ceiling of the nave is adorned with medallions in a celestial landscape. This section is dominated by the Holy Trinity. 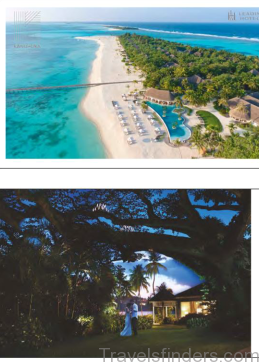