Nick Nobilo was also bitten by the Gisborne and Gewurztraminer bug. In the early 1960s, like many second-generation Dalmatian winemakers, he joined his parents small wine and orcharding business on Station Road, Huapai. Nick, the middle Nobilo son, had been a very promising rugby player in the Henderson High School First XV but was also very serious about wine. When Nick mused about continuing with his rugby, his father Nicola, the future of the family business in view, gave him clear options: ‘You play-a the rugby or you make-a the wine, not both! Nick chose the wine. Within a decade his two brothers – Steve running the marketing, and Mark the viticulture -were also involved in the rapidly expanding family firm.

Encouraged by his father, Nick had begun renovating their existing Huapai vineyards, as well as buying more land locally, aggressively planting both with classical varieties. He included Gewurztraminer as one of the preferred varieties but we got very poor yields. The first year we picked half a tonne per acre, the second year three quarters of a tonne, the third year another half a tonne and the old man said, ‘We’ll go bankrupt’, and then we pulled them out and back in went the old Baco 22A. But not before I’d had the chance to make some commercial wines from them.

Such yields did not cut it compared with the 10 tonnes to the acre from the hybrid Baco 22A. Nick’s father gently insisted that the Gewurztraminer had to come out. It did, but the variety’s quality on the West Auckland clay-loams was not forgotten.

When Nick joined the other Auckland enterprises in negotiating contracts with Gisborne growers he encouraged Dave Thomas to plant Gewurztraminer, this time with carefully selected clones. The vines needed nurturing, and their fruit gentle treatment, but the resultant wine captured Nick’s palate. It confirmed his faith in the variety and the flavours its fruit delivered. That commitment to Gewurztraminer smouldered for almost three decades while as CEO he saw the capital structure and

Nick Nobilo’s Gewurztraminer grapes at Vinoptima Estate. Vinoptima Estate principal investors in the Nobilo enterprise change several times. When the Australian firm BRL Hardy finally bought Nobilo in 2000, Nick made the bold move of launching his own wine enterprise in Gisborne by establishing a boutique winery and christening it Vinoptima. He chose the region, Gisborne, the variety Gewurztraminer, the site on the Makaraka heavy silt-loam and the Makauri clay-loam east of Ormond on Ngakoroa Road, and partly funded the new vineyards by encouraging a local iwi organisation as partners in the enterprise. 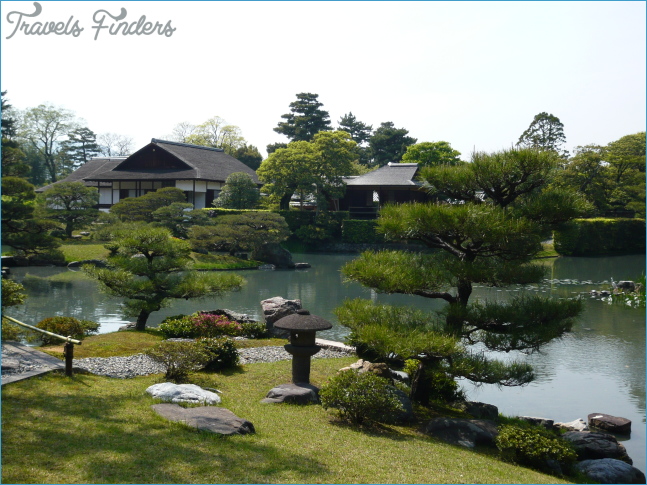