STOP THREE BOARD AT AREQUIPA STATION) HOW MANY NIGHTS?

Your first sight of the Andean Explorer is something you’ll remember for a long time: a fully restored sleeper train in midnight blue and cream, the glow of light from brass lamps on white-clothed tables softly pooling onto the gleaming track. Boarding is like walking onto a movie set. First up, it’s Champagne beneath chandeliers in the Piano Bar before you’re shown to one of 24 cabins, which have all the luxury hallmarks of a Belmond hotel.

Head to the observation car at the back of the train after dinner, order a cocktail and try to make out the vast peaks in the distance by the moonlight. Of course, the views come into their own come dawn. The thrill of waking up somewhere entirely new never, ever gets old, and this route from Arequipa to Cusco is thrilling not just because of the ever¬changing scenery, but because the Belmond Andean Explorer is the only luxury sleeper train on the whole continent. Impressive.

wake to new sights such as Incan ruins

island of Taquile, whose 2,200 inhabitants speak the native Quechua language of Puno. Have a rustic lunch, made by the locals, of fresh rainbow trout with quinoa and wash it down with a cup of muna tea – said to be great for altitude sickness. Those who aren’t battling the height (it’s at about 3,800 metres) can take a guided walking tour around the island. The water is so clear here, you can even swim in it. To top it all off, when you arrive back to Puno, make your way to the train station where hearty sandwiches, cake and chocolate brownies have been laid on next to a roaring fire to ward off the mountain chill as the sun sets. 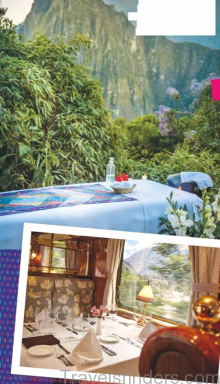 An entire spa carriage is being added to the train from March 2019. Where else can you have a treatment while the view changes with every passing moment?

Your first stop after breakfast is the city of Puno, situated on the giant Lake Titicaca (the highest navigable lake on earth). Visit the Uros people, who build floating islands made entirely of reeds and mud, and find out how they live this extraordinary life. Next, it’s an hour’s boat ride to the remote. 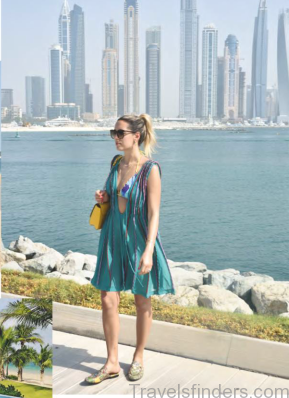 Named after the US explorer who discovered the ancient Inca citadel in 1911, this train harks back to the ‘golden age’ of travel. Expect 1920s-style Pullman carriages dressed to the nines with velvet banquettes and large windows; it takes three and a half hours to travel 70 miles, so you’ll have lots of time to gawp at the view.

It’s no secret that Machu Picchu is, well, no longer a ‘secret’. What is more of a secret is the divine Sanctuary Lodge, the only hotel at the foot of the ruins (all others are a good 30-minute bus ride away). Stay here for one night and you can get up early and head to the citadel for sunrise, or go at twilight when most of the day guests have left. Tourists or no tourists, the sight of the 15th-century city, lost for centuries, is a breath-stealer. SPA HIT Enjoy a massage or aromatherapy treatment in the gardens with the towering Huayna Picchu mountain as the backdrop. O From £6,500 per person, travelling with Scott Dunn. Includes international flights, accommodation and two nights on the Belmond Andean Explorer, scottdunn.com 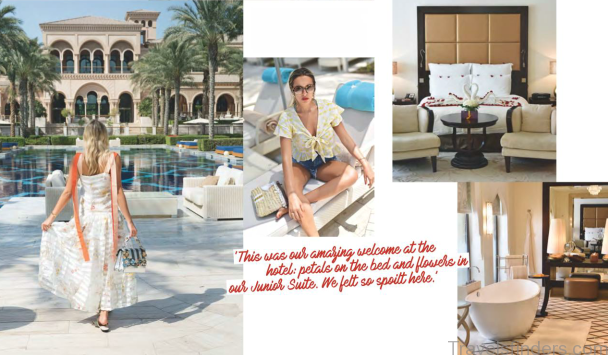 Belmond Hotel Monasterio and Belmond Sanctuary Lodge HOW MANY NIGHTS? Two or three in Cusco, one at Machu Picchu

Behind its modest façade, the hotel is magnificent and on a monumental scale, from its vast courtyard to its giant, graceful arches. For a real honeymoon blowout, book one of the two Royal Suites that have their own private courtyard, a sun terrace, living room and marble bath tubs. There’s even the option of oxygen-rich rooms in case you feel a bit light-headed from the altitude. SPA HIT The Hypnoze Spa at nearby Palacio Nazarenas: ask for Lucila to give you a tailored ‘freestyle’ massage.