To gauge just how good the beer and brewing are in Australia and New Zealand, go to the Great Australasian Beer Spectapular (or GABS). It used to just take place in Melbourne, but has since expanded to Sydney and Auckland —the Aussie versions take place on consecutive weekends at the end of May, while the Kiwi one is a few weeks later in the middle of June.

You’ll find over 600 beers at the Australian GABS (and 300 in Auckland). One of the fun things about this festival is the number of special beers brewed especially for the event—you can expect over 180 new and unique brews in Australia (80 in New Zealand)—which have never been tasted before and often have odd inspirations. There’s also cider, street food, live entertainment, meet the brewers, and more. The quality of beer in these places is very high and all the best brewers attend.

The Melbourne GABS tops the end of Melbourne Good Beer Week, which is the very best beer week in the world and it runs from early to mid-May, with the dates varying each year. What makes it so good is the volume, variety, and quality of events, which number over 300 during the festival, and the fact that it brings in breweries from across

Australasia, Asia, and farther away, including America and Europe. It’s not just a range of beer geek events; you’ll find everything, including dinners with some of the world’s best chefs, fashion shows, master-classes, beer versus whisky and wine, exclusive tap takeovers, and so much more. Reading the programs for the festivals, I wanted to go to almost everything. No other beer week comes close.

Pint, schooner, pot, middy… The sizes and names of beer glasses vary all around Australia. First of all, if you order a large beer then it’s usually 14oz (425ml). In Southern Australia, Western Australia, and Tasmania that’s called a pint—but you can also get a 20-oz (570-ml) pint. In Victoria, Northern Territory, Queensland, and New South Wales a large beer is called a schooner. If you’re in South Australia and only want a small beer (10oz/285ml), then that’s called a schooner. In New South Wales and Western Australia a small beer is called a middy, but in Victoria and Queensland it’s called a pot. In Tasmania a small glass might be a ten (or a six, seven, or eight if you want them even smaller), while in the Northern Territory it’ll be a handle or just a beer. Confused? Just ask for a jug, that size is universal (40oz/1140ml). Got it?

WHERE: Melbourne and Sydney, Australia, and Auckland, New Zealand

Melbourne Good Beer Week now attracts around 95,000 attendees to 300 beer-related events in around 200 venues across Melbourne and wider Victoria.

The Australian Heritage Hotel. For visitors to the city it’s conveniently located near the major tourist attractions of the Sydney Opera House and the Sydney Harbour Bridge. 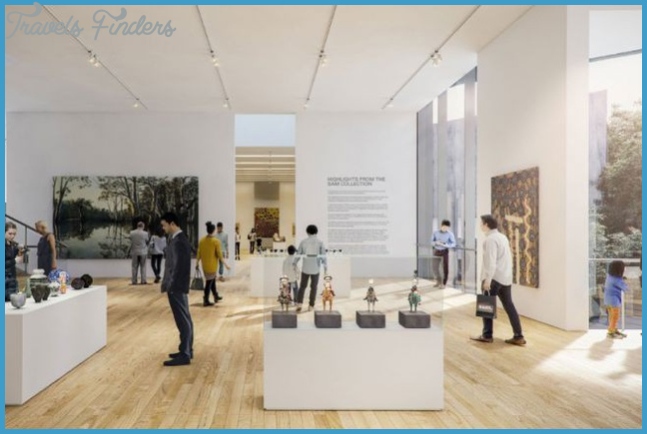 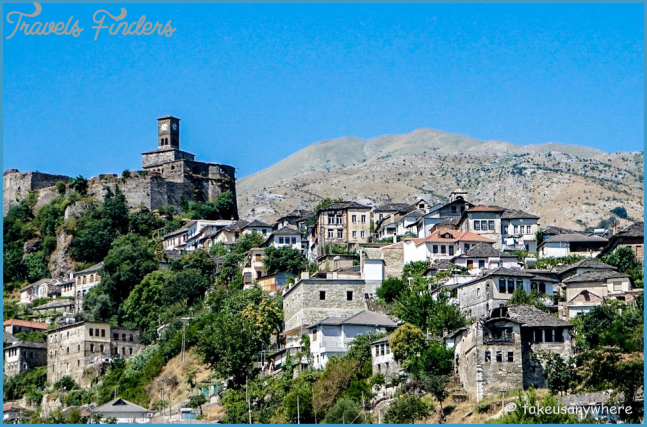