San Diego is synonymous with hops. Hops are the

superstars of craft beer and San Diego is their Hollywood. But in many ways yeast, which so rarely gets the headline billing, is the real hero; it’s the studio, the production, the sound design, all wrapped up in one, and beer wouldn’t even exist without it. And in San Diego, away from the hollering hops, you’ll find the world’s best destination to better understand yeast and get a full focus on fermentation.

White Labs, one of the world’s foremost yeast suppliers, plumbed in a 20-barrel brewhouse into their global headquarters and bought loads of small fermenters. The idea was to brew a base beer and then separate the wort into a few different fermenters, adding a different yeast to each, then serve the beers side-by-side in the 32-tap tasting room, meaning you can taste what different yeasts will do to exactly the same brew.

This is a geeky beer stop where you’ll want a few small glasses to sip rather than a couple of pints to sink. The differences that yeast presents can be dramatic in the same beer in terms of taste, aroma, and appearance, and it’s beer-brain expanding, making you think while you drink. It’s rare that a beer experience can be so educational and informative, while also being fun, and it’s unmissable if you’re in San Diego. Hops might be the megastar today but without the yeast, the hops wouldn’t even have a stage upon which to sing and shout and get all the attention.

San Diego is where you’ll find the headquarters for White Labs, and is a must-visit for any beer geek and homebrewer with even a passing interest in the effect of yeast and fermentation. 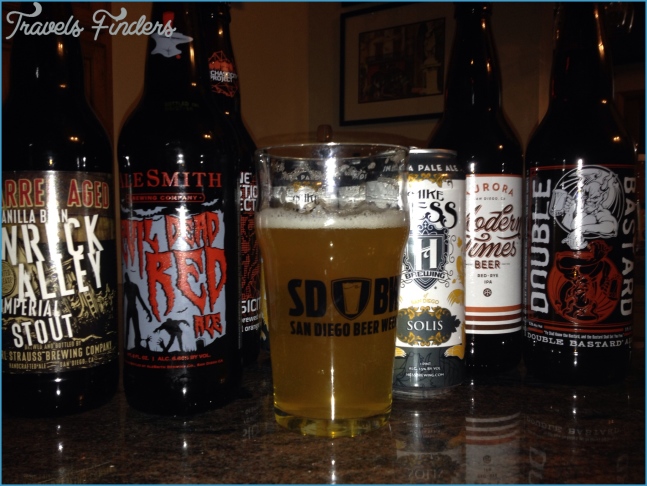