Ian had been the centre of my world, and now he was gone. And with him, I believed, my only chance at lasting love. We’d married in 1998 after a whirlwind seven-month romance, and when he died in November 2015, I couldn’t imagine ever loving again. For the first time in my life, I truly understood what it meant to be heartbroken. Now a single mum to our five-year-old son, Frank, who has special needs, and who we’d adopted when he was 17 months old, I knew I had to carry on, but the thought of being alone for the rest of my life was crushing. If you’d told me that within six months I’d fall for Ian’s best friend, and go on to marry him, I’d have said you were crazy.

Ian was diagnosed with lymphoma, a cancer of the immune system, in August 2015. It was a huge shock, but his doctors were positive that with aggressive treatment he’d get better, and I never contemplated losing him. Three months later, weakened by intensive
chemotherapy, he contracted pneumonia and deteriorated quickly. There was no time for deep conversations about the future. Just before he was placed in a medical coma, because his pain was so severe, we kissed. ‘I love you,’ he whispered, as he closed his eyes. For the next two days I kept a vigil at his bedside, until he passed away.


Throughout Ian’s illness and after his death, one of his closest friends, Stu, was a constant presence in my life. He and Ian had met 20 years before through mutual friends, and Stu had become my friend too. A single divorce, he split his time between visiting Ian in hospital and popping over to our home to see if I needed anything, or just some company. After Ian’s death, although my family and female friends were amazing, it was Stu’s support I craved the most. He was my link to Ian, one of the few people who knew him as well as I did, and I found reminiscing with him so comforting. He’d come over for dinner, or we’d take Frank to the park, and those moments of normality at such a bleak time kept me going. With Stu, I never felt I needed to be strong. I could cry and he’d hold me. But I could also laugh, too, without worrying he’d judge me and think I wasn’t grieving ‘properly’. With him, I could just be myself.

Six months after Ian died, I realised the way I felt about Stu went beyond friendship. I’d always thought he was a good-looking guy, with a caring and fun personality, but he was never anything more than a friend. I felt completely blindsided – not only by the attraction I felt for him, but also that I could feel this way about anyone so soon after Ian’s death. I was thinking about Stu all the time, in a way I never had before.

I was most nervous telling Ian’s mum and his grown-up son from a previous relationship. I knew it would be hard for them to see my life changing with someone new. His mum’s initial reaction was surprise, and then happiness for me, but mixed with a need for reassurance that I wouldn’t forget Ian.

I understood that need, and we had several conversations about my intentions to keep his memory alive, particularly for Frank. His son was simply delighted, agreeing with me that his dad would approve.

When Stu proposed in early 2018, I said yes without hesitation. It was important to us both to make that public commitment to each other.

We married in church in September 2018, with Frank as Ian’s best friend? In my heart I knew Ian wouldn’t the ring bearer, in front of 60 want me to be lonely and sad, but what would other people think? I couldn’t help but feel excited, though. For the first time since Ian’s death, I felt a glimmer of hope that maybe I could be happy again.

I confided in a friend, who urged me to tell Stu, but I was nervous. If he didn’t feel the same, it could destroy our friendship. I hid my feelings for months until one night in July 2016, nine months after Ian’s death, when Stu and I went out for a drink. I decided it was now or never. ‘I’m driving myself crazy,’ I blurted out. ‘I really like you and I need to know if you feel the same?’ He looked stunned, then a huge smile spread across his face. ‘I feel exactly the same,’ he said, ‘but I never thought you’d ever see me as more than a friend.’ It was surreal but wonderful kissing him for the first time. It just felt right.

We kept our relationship a secret for the next few weeks, seeing each other almost every day. Being with him felt natural and easy – there was no awkwardness and we knew everything about each other already. There was no doubt in our minds that what we had was serious, and we had to go public if we were to have a future together, taking the chance that not everyone would be happy for us. I was stunned by the support we received. My mum said I was incredibly lucky to have found not just one, but two amazing men to love.
family and friends. I thought about Ian a lot in the build-up to the wedding – it was hard not to remember planning our big day and how excited I’d been then. On the day itself, though, it was important to me that it was just about Stu and me. It was the first day of our future together and I wanted to look forward, not back.

Due to Frank’s special needs, he’s a lot younger than his age, emotionally. This meant that it was easier for him to accept Stu into his life, and he adores him. I couldn’t have hoped for a better second father for him, and Stu plans to adopt him soon.

I’ve kept my engagement, wedding and eternity rings. I’d stopped wearing them around four months after Ian’s death, before Stu and I got together. I keep them in a dish on my dressing table, and I plan to have them turned into another piece of jewellery I can wear.
Ian is an intrinsic part of mine and Stu’s history and life together. We have photos of him in the house, and we often talk about him, especially to Frank. Stu never feels threatened or overshadowed by his memory, because Ian was equally important to him.
I’ve never doubted that Ian would approve of me and Stu falling in love. To know that Frank and I are with a man he trusted and respected would make him so happy, I know we have his blessing.

Stu says Ian and I met through mutual friends and over time grew very close. He was a happy, outgoing and loyal guy. When he was diagnosed with cancer, my instinct was to do anything I could to support him. While he was in and out of hospital, I reassured him I’d look after Jenny and Frank any way I could. Whether she needed DIY done in the house, or just someone to talk to, I was there for her.
I was there when Ian died. It’s still hard to think about that day – you don’t expect to lose your best mate in your forties. Afterwards, it felt natural for Jenny and I to turn to each other for support. We both knew what the other was going through.

We used to joke about how undesirable we both were – her a widowed, single mum and me a divorce – never imagining we’d
end up together. But the more time we spent together, the more I hated being apart from her. As much as I told myself it was wrong, I couldn’t stop wishing she was mine. I felt so conflicted. I was in love with her, but couldn’t find the words to tell her.

Thankfully, she was braver, and when she admitted she had feelings for me, it was like a weight had been lifted. Ian was someone who believed in seizing opportunities and Jenny and I felt sure he’d be happy for us. But I was anxious about telling our other close friends, in case they felt I was betraying his memory. I told one of them over a pint one night. He stared at me, stunned, and my heart sank. Then he smiled, slapped me on the back and told me it was great news. The other friend didn’t even pause before congratulating me, saying it was a great thing to come out of such a terrible time for us all. That’s not to say everyone reacted that way. Another friend, who didn’t really know Ian, once joked that I was ‘jumping into his grave’ – and although I knew he didn’t mean anything by it, it really bothered me.

It’s important to me to keep Ian’s memory alive for Frank so he grows up knowing what a great man his dad was. I see it as the last thing I can do for Ian as his friend. I still pinch myself that Jenny is my wife. She’s such a strong, amazing woman. It was our grief that brought us together, but she’s made me happier than I’ve ever been. Being with Jenny has never been about replacing Ian. Her future is with me, but I’d never expect her to forget her past or the love she felt for him. 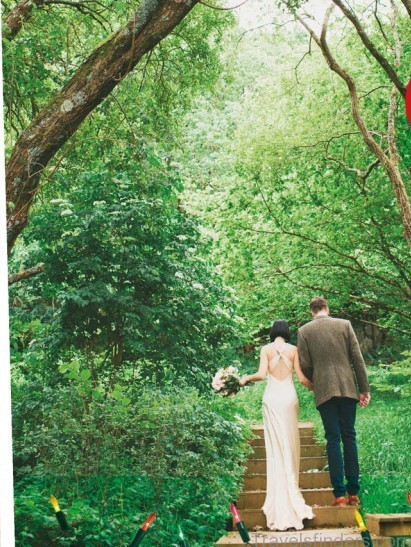 Wedding on The Gallivant 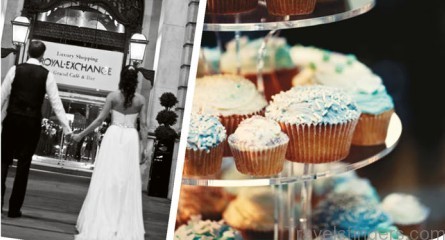 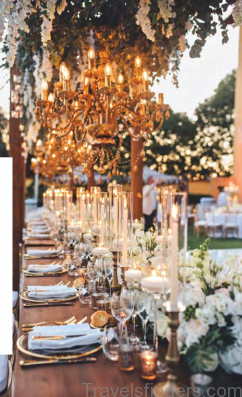 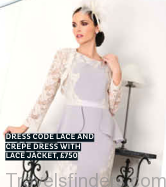