The Pontchartrain Hotel originally opened as an apartment building in 1927, but it found its feet in the 1940s, when it transformed into a luxury hotel. In the 1950s and 1960s it hosted a “who’s who” list that included Frank Sinatra, Rita Hayworth, and multiple presidents. Jim Morrison and the Doors stayed there in 1970 after performing their last concert ever. The hotel became a little down-at-heel, particularly afer Hurricane Katrina, and its 2016 renovation was highly anticipated by locals with fond memories of dining in the lush Caribbean Room or drinking in the bar to the sounds of pianist extraordinaire Phil Melancon. Not only have the new owners restored the venerable old hotel, they have refurbished the bar and renamed it the Bayou Bar. More importantly, they have brought back Mr. Melancon, who still tickles the ivories each weekend. Fortunately for us, the gorgeous marshland mural that has decorated the space since the 1940s is still there, augmented by a rustic cypress bar. Patrons can sip from a number of whiskeys or try some of the signature cocktails, all named for local favorite spots like the Dorignac 75 (a locally owned grocery store) and the Palmer Park Swizzle (a park just down the street). I love, love, love the pass-through window connecting the bar to the hotel’s lounge, where you can sip your cocktail among a gallery of paintings while lazing on your choice of divans, chaise lounges, and ottomans galore.

When you tire of that opulence, make your way to the Hot Tin roofop bar, one of many new places offering views of the city. The spacious bar’s decor is inspired by Tennessee Williams, who worked on A Streetcar Named Desire while staying at the Pontchartrain in the 1940s. The room feels a bit like a hipster TGIFridays: statues, photos, blogs, and memorabilia cover the walls, spill from cabinets, and overflow from desks. Patrons are welcome to sit in rattan chairs and thumb through the collection, and it’s certainly a welcome way to pass the time while sipping on an Old Fashioned. But don’t forget to step outside, no matter the heat, and take in the spectacular view of the Crescent City connection.

The Pontchartrain Hotel is one of New Orleans’s treasures. Despite the recent renovation, this place still feels old, like the grand dame it was. Take the streetcar here and raise a glass to Mr. Williams, a man who aptly observed in the play he penned here, “Liquor sure goes fast in hot weather.” 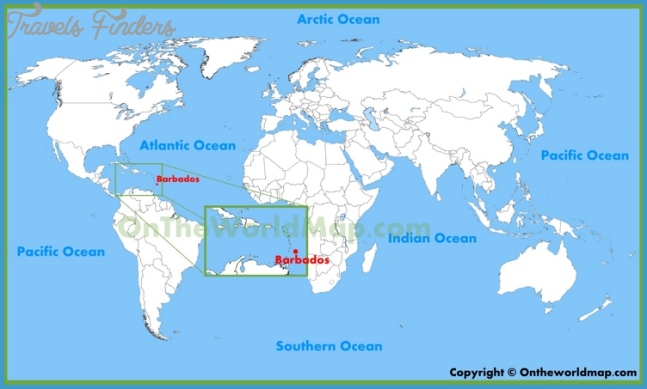 Where is Barbados? Barbados Map

LOOKING FOR A SPECIAL WEDDING GIFT FOR YOUR