I came away feeling degraded, defiled and deeply depressed. I did not know, however, that carcinoma was cancer; I thought it was a lump, or something like a mastoid.

When I got home, I found Tom Killefer there from America, with his young wife Isabel. I was very fond of Tom; I suppose everybody must be. As a lieutenant of the United States Navy Air Force he had done a course at the Empire Central Flying School, while I was Navigation Officer there. I did my best to entertain Tom and Isabel and took them to Wiltons for dinner, but I felt ghastly. I could not suppress my coughing bouts, and the party was not a great success.

I had been told to go back to the hospital some days later, so that a bronchoscopy could be carried out. This was a simple operation; a surgeon pushed a lighted periscope down my throat to examine my lungs. Foolishly, I declined to have a general anaesthetic, because of the old, unpleasant recollection of being chloroformed after my snake bite. It was a rough and most unpleasant performance, during which a piece was broken off one of my back teeth. I seemed to be sinking steadily deeper into physical and spiritual degradation.

Before I left the hospital the next day I cornered the surgeon who had done the bronchoscope deed. At first he refused to tell me the result. But he was an Australian; I understand Australians, and finally persuaded him to talk.

Travel Advice And Advisories For Africa

Organization of American States – Art Museum of the Americas 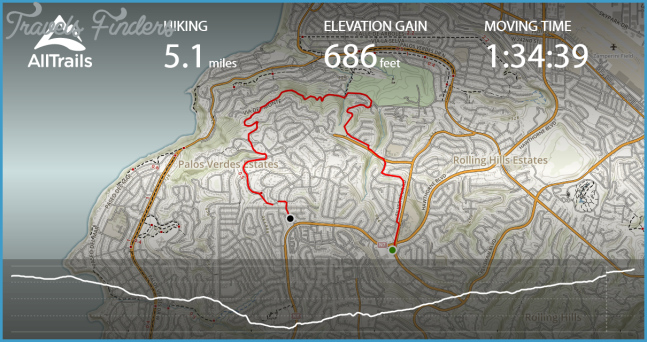