Rocky shores, pebble beaches, and luxurious villas glow along the Comiches, between hectic Nice and high-rolling Monaco. More relaxing than their glamorous neighbors, these tiny towns have interesting museums, ancient finds, and breathtaking countryside. The train offers a glimpse of the coast up close, while bus rides on the high roads allow bird’s-eye views of the steep cliffs and crashing sea below.

VILLEFRANCHE-SUR-MER. The town’s narrow streets and pastel houses have enchanted Aldous Huxley, Katherine Mansfield, and many other artists. Strolling from the train station along quai Ponchardier, a sign to the vieille ville points to the spooky 13th-century rue Obscure, the oldest street in Villefranche. At the end is the Chapelle St-Pierre, decorated by Jean Cocteau, former resident, filmmaker, and jack-of-all-arts. (04 93 76 90 70. Call ahead for hours. 2.) Trains run from Nice. (7min. every hr. 1.30.) To get to the tourist office from the train station, exit on quai 1, head inland on av. G. Clemenceau, and continue straight when it becomes av. Sadi Carnot; it will be at the end of the street. ( 04 93 01 73 68. Open July-Aug. daily 9am-7pm; Sept.-June reduced hours.)

EZE. Three-tiered Eze owes its fame to the pristine medieval town in the middle tier. It features the Porte des Maures, which served as a portal for a surprise attack by the Moors, and the Eglise Paroissial, containing sleek Phonecian crosses mixed with Catholic gilt. (Open daily 9am-7pm.) The best views are 40min. up the Sentier Friedrich Nietzsche, a windy trail where its namesake found inspiration; the path begins in Eze Bord-du-Mer, 100m east of the train station and tourist office, and ends near the base of the medieval city, by the Fragonard parfumerie. Frequent trains run from Nice (15min. every hr. 2). 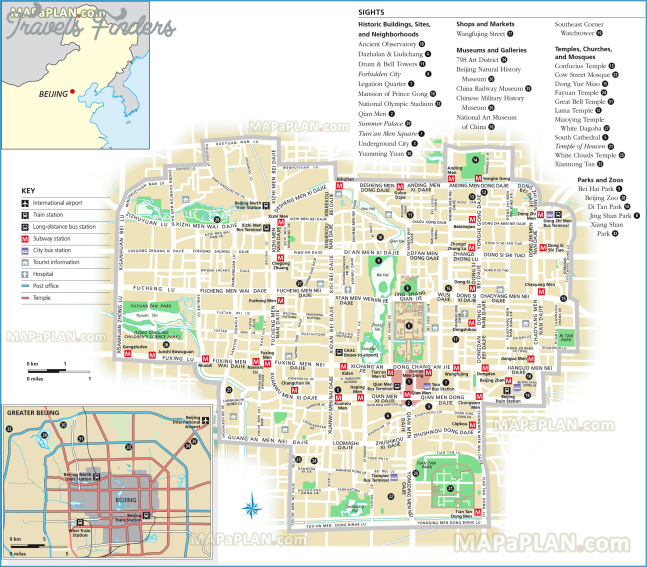 Where is Glendale? | Map of Glendale | Glendale Map for Free Download and Prin

THE VISUAL ARTS OF BRITAIN