This is a quirky little sculpture.

It is not quite clear what the sculptors are trying to achieve. In theory it is a snapshot of one day in Shenzhen, 29 November 1999, an ordinary day, as the sculpture says. But is it really a celebration of the common man or are there other motives? The second section of the sculpture is a time capsule. It shows the local and international news of the day, stock prices, TV programs and a facsimile in stone of the front page of the newspaper. The first section claims to be a statistical summary of how people live today; so many phone lines per head, so many containers handled by the port. To us, it seems to deteriorate into a long boast.

Fair enough, we suppose, there’s plenty to boast about. What’s almost shocking is how puny the statistics so confidently pumped out look fifteen years later. What? Only 36 fixed phone lines per 100! Only three television channels? Any Shenzhener today with less than 80 TV channels would be applying for welfare.

But we liked the way that the sculpture paid attention to the aims and ambitions of ordinary people which, at the end of the day, is what Shenzhen’s peaceful and prosperous life is all about.

The sculpture is a long wall of black granite which reminds us very much of the Vietnam Memorial in Washington DC. The difference is that around the wall there are set bronze life size sculptures of ordinary people doing ordinary things; reading the paper, typing on a computer, talking on a public phone another old-fashioned thing. Try finding a public phone now.

The sculpture is set in a small, peaceful, shady park on Hong Li Rd, just opposite the northern entrance to Lychee Park. 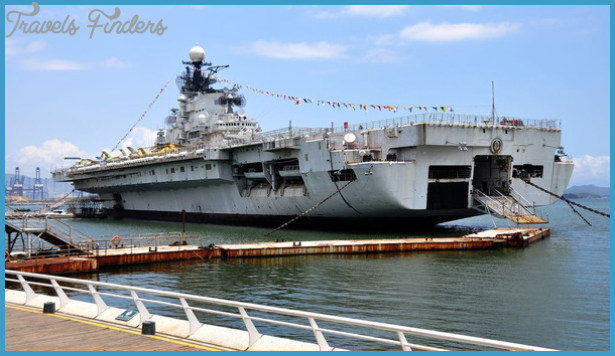