THE ARTS LITERATURE OF AUSTRIA

Many of Austria’s great writers were immigrants, but native Austrians have made important contributions to the literary scene as well. The Song of the Nibelungs (c. 1200), of unknown authorship, is one of the most impressive heroic epics in German. In the 19th century, Johann Nestroy wrote biting comedies and satires that lampooned social follies, such as The Talisman (1840). Adalbert Stifter, often called Austria’s greatest novelist, employed classical themes and strongly metaphysical descriptions of nature. His short stories and novels, such as The Condor (1840) and Indian Summer (1857), represent the height of Austria’s classical style. A classicist with a more lyrical flare, Franz Grill- parzer penned pieces about the conflict between a life of thought and a life of action in such plays as The Waves of the Sea and Love (1831).

Around 1890, the atmosphere of merry apocalypse transformed Austrian liter ature. The literature dating from this second heyday of Austrian culture, known as the fin de siecle, is legendary. Karl Kraus unmasked the crisis. Arthur Schnltzler dra matized it, Hugo von Hofmannsthal ventured a cautious eulogy, and Georg Trakl com mented on its collapse in feverish verse. The cafe provided the backdrop for the fin de siecle literary landscape. Meanwhile, the world’s most famous psychoana lyst, Sigmund Freud, developed his theories of sexual repression and the subcon scious and no young man has looked at his mother in the same way since.

Many of Austria’s literary titans, including Marie von Ebner-Eschenbach and Franz Kafka, lived within the Habsburg protectorate of Bohemia. Ebner-Eschenbach is often called the greatest female Austrian writer, known for her vivid individual portraits and her defense of women’s rights. Kafka proved master of the surreal in The Metamorphosis (1915), a bizarre tale about waking up and really not feeling like yourself. When the Austro-Hungarian monarchy itself awoke a democracy, novelists Robert Musll and Joseph Roth were there to chart the transformation. More recently, Ingeborg Bachman has gingerly examined the complexities of wom anhood, while Thomas Bernhard has insightfully critiqued Austrian society. 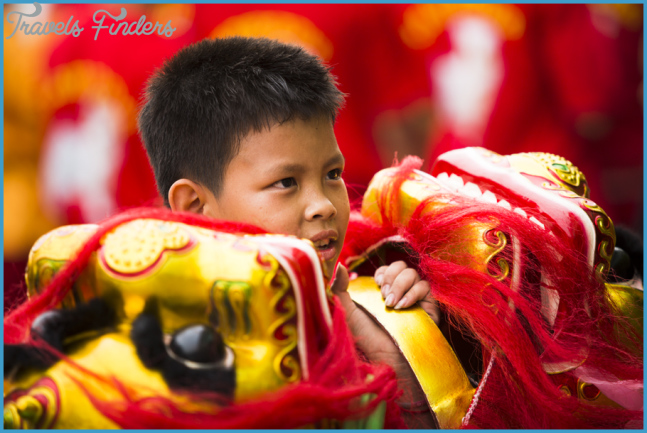