Trans – Siberian Railway route is the biggest in the world and is around 9,300 kilometers long. It passes through 2 continents, 12 regions and 87 cities. It joins Eastern Moscow to China, Japan and Mongolia.

For people who love travelling, the Trans – Siberian Railway is a great experience. It passes through the 16 big rivers of Asia and Europe that are Volga, Vyatka, Kama, Irtysh, Ob, Yenisei, Oka, Amur, Hoar, Zeya, Selenga etc. Many big tunnels and bridges come on the route. The biggest Rail Bridge comes on the Amur River and is 2.5 kilometers long. The biggest Rail Tunnel is 7 kilometers long and is built under the Amur River.

The Trans – Siberian Railway begins from Petersburg, Russia and ends in Vladivostok. In between the main stations are Tyumen, Kirov, Perm, Yekaterinburg, Omsk etc. From Ulan Ude another branch of track has been made which is joined with the capital of Mongolia, Ulan Bator and Beijing and is called the ‘Trans – Mongolian Railway’. To go to Japan from Vladivostok small ships, air planes and motorboats can be used. The Trans – Manchurian Railway that has been taken out from Chita passes through Manzhouli, Harbin, and Changchun and then finally meets Beijing. From Changchun one can go to South and North Korea. From Saint Petersburg this same route is joined with the capital of Finland.

The history of Trans – Siberian Railway is also very interesting. In 1860, the Vladivostok city was established on the eastern side of Russia. It is a small military port on the Pacific Ocean. It progressed very fast and by the year 1880 it had become a major port but it was far from Russia and transportation was a problem. To connect it to Russia and other Asian countries the suggestion build a railway track rose. In 1891, Russia’s Tsar Alexandra III planned the railways and soon started the work needed. In 1894 after his death his son Nicholas took up the unfinished work of his father. At last after a lot of problems and hard work the track was ready and in 1905 the trains started running on the route. Slowly – slowly it proceeded to other Asian countries and soon a network was developed. It is an 8 day journey from Moscow to Vladivostok. There are 900 stations on the route. On the journey many different types of cultures, languages, foods and traditions are seen. One comes to terms with the different cultures of the three countries – Russia’s tsardom, Mongolia’s ferocious fighter Chengiz Khan and China’s Ming and Qing dynasties.

Around 100 crore dollars were spent on the building of this railway track and it made Russia go down into heavy loan in 1916. It was criticized a lot but slowly – slowly everything became fine. Even today Trans – Siberian Railway is a major source of transportation from Asia to Vladivostok and it has made Moscow’s hold over Asia tight. 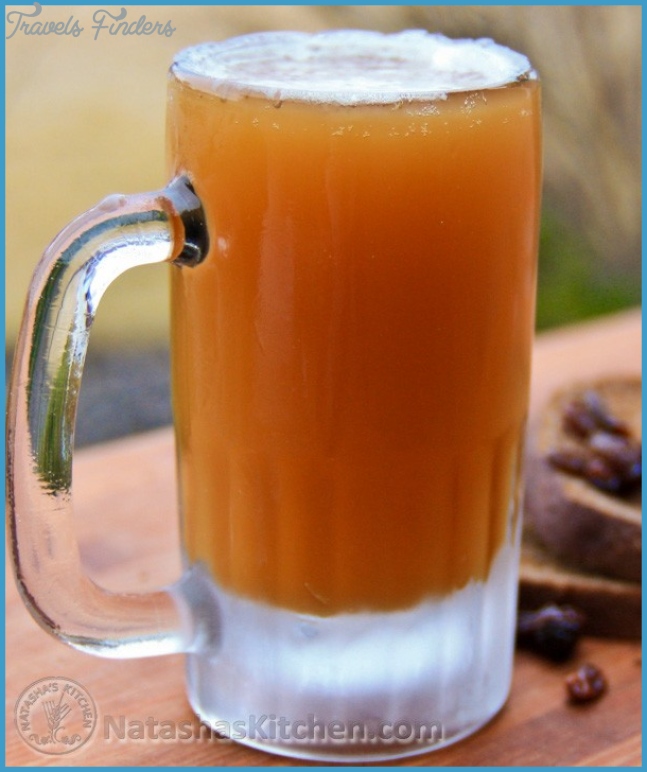