THE WEIMAR REPUBLIC (1918-1933). France insisted on a harsh peace agreement with the Treaty of Versailles, which imposed staggering reparation payments, drastically reduced the German army, and officially ascribed the blame for the war to Germany. The defeated Germans had little choice but to accept the humiliating terms, and a new republic was set up in Weimar (457).

Outstanding war debts and the burden of reparations produced staggering hyperinflation from 1922-1923; paper money was worth more as fireplace fuel than currency. Already smarting from Versailles, the German people needed stability and relief from the post-war hardships, which a charismatic Austrian named Adolf Hitler seemed to promise. His party, the Nazis (National Socialists), was increasingly associated with liber-nationalist ideals.

Hitler’s first attempt to seize power, the Beer Hall Putsch in Munich (1923), was unsuccessful. But as economic troubles worsened, more and more Germans were drawn to the Nazis and their promises of prosperity and community. Party membership increased to more than a million by 1930. Hitler failed in a presidential bid against the nearly senile war-hero Paul von Hindenburg in 1932, but since elections made the Nazis the dominant party in the legislature, Hindenburg reluctantly appointed Hitler chancellor on January 30,1933.

BEGINNING OF THE THIRD REICH (1933-1939). Hitler’s platform, crystallized in his book, Mein Kampf (My Struggle) provided a scapegoat for WWI losses the Jews and played on centuries-old feelings of anti-Semitism. The new government quickly instituted a boycott of Jewish enterprises and expelled Jews from professional and civil service; rival parties that might have opposed the Nazis were outlawed or dissolved. In 1934, after Hindenburg’s death, Hitler appropriated presidential powers for himself; that same year, the first of the Niirnberg Laws were passed, depriving Jews of German citizenship and preventing intermarriage between Aryan and Jewish Germans it was felt that the “debased” Jews would taint the pure and “superior” German blood. Nazis destroyed thousands of Jewish businesses, burned synagogues, and killed and deported thousands of Jews on Kristallnacht (Night of Broken Glass), November 9,1938. With the help of Joseph Goebbels, his minister of propaganda, Hitler consolidated his power by saturating mass culture from art to literature to movies to music with Nazi ideology: The Nazis burned books by Jewish and “subversive” authors at Bebelplatz in Berlin (433), banned American films and music, and destroyed “degenerate” art in favor of propagandist paintings and statues.

Hitler was also busy mounting a war effort. He first freed Germany from making reparations payments by abrogating the Treaty of Versailles. Next, he annexed Austria in an infamous attack known as the Anschlufi (1938). Other nations, hoping that Hitler would be satisfied with these new acquisitions, followed a policy of appeasement, led by British Prime Minster Neville Chamberlain, and allowed Germany to take over the Sudetenland region (now in the Czech Republic). However, it soon became clear that Hitler was after more than small territorial gains.

The Nazis then began a two-front war, attacking westward with an air-borne offensive in the Battle of Britain and eastward in the invasion of the USSR. However, daily air raids spurred the British to fight harder rather than submit. Meanwhile, the Blitzkrieg faltered in the Russian winter and Hitler sacrificed thousands of German soldiers in his obstinate refusal to retreat. The bloody Battle of Stalingrad (1942-1943) marked a critical turning point in the East as the Soviets gained the upper hand. Soon, Germany was retreating on all fronts. The Allied landing in Normandy on D-Day (June 6, 1944) preceded an arduous eastward advance across Europe; the Soviet Army rolled westward and took Berlin in April 1945. The Third Reich, which Hitler had boasted would endure for 1000 years, had lasted only 12.

THE HOLOCAUST. By the outbreak of WWII, Jews had lost virtually all rights and were forced to identify themselves with a yellow Star of David patch. The Nazis portrayed Jews as the ultimate influence corrupting the German soul, and Hitler was fixated on his Final Solution: Genocide. Seven death camps, including Buchenwald (457), were designed for mass extermination; dozens of “labor” camps such as Dachau (503) were operating before the war’s end. Nearly six million Jews two-thirds of Europe’s Jewish population mostly from Poland and the Soviet Union, were gassed, shot, starved, worked to death, or killed by exposure. Millions of other victims, including prisoners of war, Slavs, Roma, homosexuals, the mentally disabled, and political disidents, also died in Nazi camps. 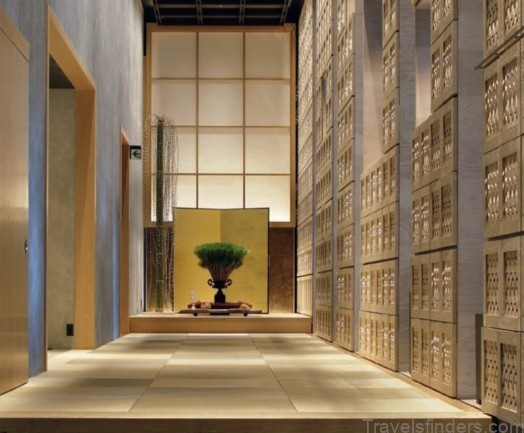