The plane’s landing is perfect. Mine isn’t. As soon as the Hercules rolls to a halt the rear hatches are opened and the first boxes and equipment are immediately unloaded. I am champing at the bit and once there is room to get by, I am straight out of the plane and take my first joyful steps on to this frozen continent. Wham! I slide and slip immediately and can’t prevent myself from doing an impression of the Pope kissing the ground as he arrives in each new country. I quickly pick myself up but fortunately no one seems to have noticed. Either they are all too busy making certain they don’t slip or are helping unload the equipment from the aircraft. I offer my services but they are not needed. I can do whatever I like; stay around to watch the further unloading, hitch a ride on a ski-doo going to base camp, take photographs or just hang out. Do they mean chill out? I can hardly make up my mind; it’s all too wonderful. But I am not going to rush it. One slip is already one too many.

It’s a moment to take stock. The stunning ice views cry out for superlatives. I can only stare in wonderment. We are close to the Ellsworth mountain range, with snowcapped ridges, interspersed with rugged rock formations surprisingly clear and stark, edging upwards to the skyline. We are at 80 oS and are over 1,100 km from the nearest inhabited place; the South Pole Amundsen-Scott Base Station. This is a place you can only access by aircraft, or possibly by an exceedingly long foot slog. Approximately the same distance as from New York to Chicago or Paris to Madrid. There are no cities or towns for nearly 3,000 km in every direction. The nearest place in case of emergency is the South Pole itself.

Finally I decide to start my walk in, I’m told it will take about 30 minutes. First I quickly take some photographs of the plane as it is being reloaded with equipment and other boxes that need to go back. The backdrop of the mountain is entrancing and the huge Hercules is dwarfed into toy mode. Idly I wonder why equipment has to go back rather than be kept at the camp and I reflect on what’s in the boxes. They could of course be empty although they seem too heavy for that. At first I assume everyone around the plane is helping unload it but I soon realise that a number of the people are waiting to return to Punta and are to board as soon as the loading is completed. There are another six hours of flying before they and the crew will arrive back. A fast turnaround is always called for, as it’s vital to head out whilst the weather holds. The pilots won’t even stop for tea. They’ve learned from experience that delaying even for an hour can move you into another weather frame and they’ve obviously been framed once too often.

As positively as I dare I step out towards the camp, my companions have already gone on ahead and I follow along their fairly obvious pathway. The light seems to bend, perhaps an interaction between ice and wind. There’s a Union Jack flag raised on a small hillock and someone offers to take my photograph next to it. It’s an offer I can’t refuse. The wind lifts it at just the right moment. I still don’t feel inclined to hurry and I continue on at an uneven pace. I stop often to drink in the heady atmosphere of this icy land and it is an unreal feeling. I am actually here! I am so happy I could almost burst. In fact, I do burst into song. Fortunately there’s no one near enough to hear. Richard Eyre, the National Theatre director has just done a production of Guys and Dolls so those are the songs that most easily come to mind. ‘Luck be a lady tonight! Later on someone reminds me that sound travels much further in these intensely cold conditions and my singing carried across the ice and was a source of considerable amusement to those waiting to greet the new arrivals! Perhaps it was the real reason why they gave me a tent to myself.

I am still sliding all over the place and try to find the crunchy sections to try and prevent falling over. The sun is beating steadily down all the time and I am soon overheating. I need to stop and loosen the two heavy overjackets I’m wearing and apply some sunblock. When I finally arrive at the camp I am amazed by the size of it. I hadn’t really appreciated up to now how permanent a base it would be and it looks pretty substantial. There are in fact several large, fixed Weatherhaven tents that are left standing to be used each year. When the season is over they have their innards removed and stored and then kept more or less as shells until the next season begins, when they are refitted as necessary. Adventure Network chose to base itself here in order to improve and maintain the first bare ice runway to be used anywhere in the Antarctic. It is the most southerly runway in the world and is actually a natural phenomenon. This is a place where wheeled landings can take place. All other runways in this area, as I was to discover to my discomfort later, are used by aircraft with ski landing gear.

On arrival I am initially ushered into the long dining and cook tent. It’s the hub of the camp and everyone congregates there whenever possible. It’s always warm and there’s plenty of room to sit around and do whatever is the order of the day. Repairing kit, discussing that important subject, the weather, and of course the most important of all camp activities, eating. There are two cooks, Ros Cooper and Fran Orio and I soon learn that their standard of cooking is excellent. ‘Eat, eat, it’s as if my mother has sent feeding instructions ahead. I am happy to oblige and down whatever is put in front of me. It’s absolutely scrumptious. 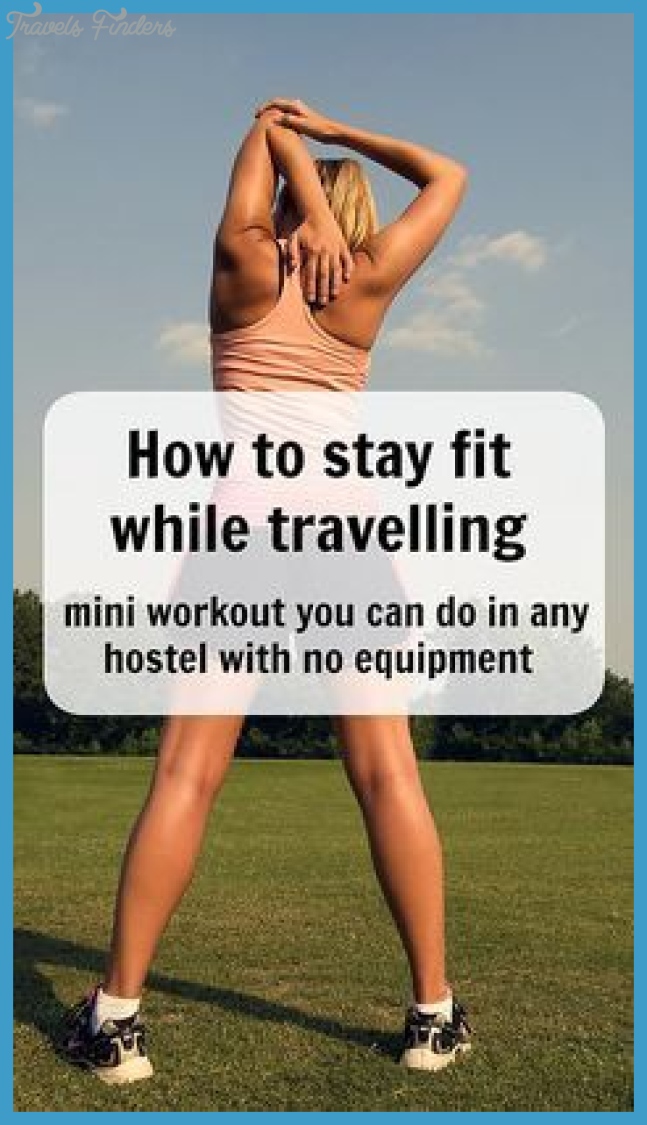 The London Showboat Dinner Cruise on the Thames River London