The British Winter Olympic snowboarder, 24, reveals how she eats for a good day on the slopes.

‘When I have time, I make banana pancakes with one banana, two eggs and a few oats, topped with protein yoghurt, or Nutrii quark (eatnutrii.co.uk), almond butter and hot blueberries. This is also perfect as brunch on a lazy Sunday. If I’m in a rush, I’ll Eat a bowl of porridge or yoghurt with fruit.’

‘I snack on vegetables, rice cakes, fruit and nuts. I have two Nutrii quarks a day; one with breakfast and one after training. I’m not a huge fan of juices – I’d rather eat the raw ingredients -1 find it more filling.’

‘Lunch is quick and easy to have on the go. I usually take a box up the mountain filled with a base of sweet potato or quinoa, some sort of protein (cooked chicken, a can of tuna or leftover mince), vegetables such as chopped peppers, carrots and spinach, then a dollop of pesto and some mixed nuts and seeds, such as Wyldsson ProMix (sample pack £15.99; wyldsson.com).’

‘I drink quite a lot of water – about three to four litres a day, as well as green tea and matcha. I love herbal teas, too.’

‘I love Mexican stir-fry with tonnes of vegetables, such as peppers, onions and courgettes, topped with homemade guacamole. At dinner, I tend to eat fewer carbohydrates and go high protein. If I know I have a heavy training session the next day, or a contest, I’ll make sweet potato fries- my favourite – with a homemade chilli yoghurt sauce to dip them in.’

‘I have a Nutribullet (from £80; buynutribullet.co.uk). My favourite smoothie is banana, half an avocado, a handful of spinach, frozen blueberries and almond milk. Delicious!’

‘I feel like I get all my nutrients from my food, but often take Berocca tablets (£4.79 for 15; boots.com) to help keep illness at bay when I’m travelling. I do a lot of long journeys! It’s for this reason I don’t drink much alcohol. You can’t train on a hangover, and it really affects my immune system when travelling – I just get rundown and sick. Having said that, I love to dance, and if there’s a reason to celebrate, I’m the first on the dancefloor with a strawberry daiquiri! I’m not a girl to sit down with a pint; I’d rather have a FroYo (yogurtys.com).’

‘Aimee’s diet is healthy and balanced, but there are a few small things she could change to make it even healthier. She could swap rice cakes for oatcakes because they have a lower Gl and more dietary fibre. She could also change canned tuna for canned salmon because it contains more omega-3 fats. As she eats plenty of fruit and veg. she probably doesn’t need a high-dose supplement – a simple multivitamin and mineral, ideally one that contains iron and a probiotic, would be fine. Quark, a very low-fat soft cheese, is high in protein, providing around 11g protein per 100g. It also contains good amounts of calcium, so it’s a nutritious and filling snack.’ 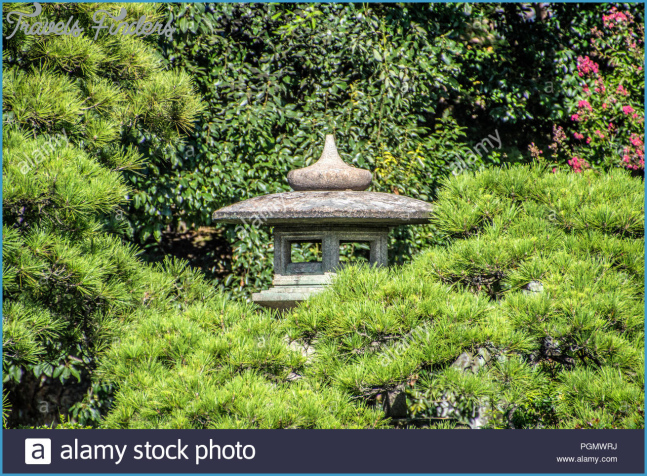