VINES AND WINES OF CYPRUS

Cyprus was famous for its grapes and wines since ancient times. Most probably the cultivation of grapes started in the 2nd millenium B.C. if not earlier. Though there is no direct evidence for the production of wines in ancient Cyprus, indirect evidence might prove that wine was produced in the late bronze age. During the Roman times the mosaics of Kato Pafos, dating back to the 3rd century A.D. illustrate how important wine drinking was in daily life. In the Middle Ages Cyprus was famous for its wines. The Knights Templar, who established their Grand Commandery at Kolossi, owned land in Limassol, Koilani, Avdimou and Pafos. They produced their own wine which was later known as the “Vin de Commanderie”.


Etienne de Lusignan (1580) praises the wines of Cyprus as “the best in the world”. It is also said, though not documented, that the sweet Cyprus wine was the main inducement for the conquest of Cyprus by the Turkish Sultan Selim II in 1571. Viticulture is still important today and is favoured by the climatic and edaphological conditions of the island. Today 13.250 hectares of vines (12.360 wine grapes and 890 table grapes) are under cultivation, with an annual production of 46,344 million kilogrammes of grapes. Almost one quarter of the agricultural population is engaged in viticulture, which contributes about 3.12% of the total value of the agricultural production, whilst vine products are one of the main export items of the island. Wine grapes are a dry-fed crop, while table grapes are irrigated. Wine grapes are grown on hilly and semi-hilly areas of the southern and western slopes of Troodos mountains. Table grapes are grown on the irrigated plains of Limassol and Pafos.

The wine grapes cultivated are mainly of local varieties (70%): mavro (black) is planted in 48% of the total wine grape area, while xynisteri (white) occupies 20% of the total wine grape area. Other traditional varieties are Ophthalmo, Maratheftiko, Promara, Spourtico and Kanella. There are also international varieties introduced in Cyprus like Carignan, Cabernet Franc, Cabernet Sauvignon, Merlot, Shiraz, Chardonay, etc. Within the areas planted with table grapes, sultana, the white seedless variety, occupies 83% of the total table grape area, cardinal 6%, perlette 5.5%, gold 1.5 and superior 1.5%. About 60% of the island’s grape production is processed by wineries into wine and other wine products. A variety of wines is made from the various grapes, from dry white and red wines to medium dry and sweet, sherries, brandies and the famous Commandaria.

This sweet wine was crowned by King Philippe Augustus as “the apostle of wines” in 1223 or even earlier. Soon after it became known as “Commandaria”, which was the name of the area where the wine was produced. This area was part of the lands kept by the Order of the Knights Templar who bought the island from Richard Coeur de Lion in 1192 and they sold it soon after to Guy de Lusignan. The Templars built the Kolossi Castle, while in 1210 the Knights of the Order of St John came to Cyprus and they took a neighbouring estate, known as the “Grand Commandery”. After the Templars were disbanded their area was taken over by the Knights of St John, who became in 1307 masters of the whole area around Kolossi and gave the wine the name of “Vin de la Commanderie”.

Ever since the name of the area is associated with this sweet wine and even its method of production has not changed to this date. Commandaria is the wine with the oldest tradition in the whole world, as far as the method of production and the appellation of origin is concerned. Commandaria is said to be the pioneer of the concept “appellation of origin”.

Top Myths About Spain You Will Bust While Traveling 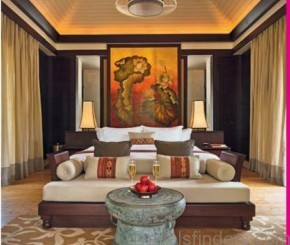