Traveling across the globe for language immersion courses has long appealed to professionals needing to enhance their language skills and families wanting to introduce their children to authentic foreign dialects. Vacations such as these can last for as little as three days to as long as six months and more. Travelers taking these types of vacations sometimes chose to stay with a host family to also be part of everyday life in the country they’re visiting. In addition to learning the language, vacationers are also usually introduced to the history, art, politics, and contemporary culture of the region.

Archeology trips typically offer travelers the opportunity to participate in an excavation. Paleontology tours are usually more involved and can include visits to museums or scientific sites and quarry digs. These tours are mostly led by scholars.

Each year more than 500 field scientists ask the not-for-profit Earthwatch Institute (www.earthwatch.org) to pair them with volunteers for various projects. Past projects have included excavating a Mayan village and tagging turtles in an Australian river. Lead scientists train participants onsite, and whether they are documenting marine life on a coral reef in Micronesia or doing a dig in the flatlands of Thailand, they make contributions.

A total of 1,910 meteorites have been found in the U.S. according to the Meteoritical Society (www.meteoriticalsociety.org), and a few small towns are turning these discoveries into tourist attractions. Greensburg, Kansas (population 1,398), for example, attracts about 28,000 people annually to see its half-ton meteorite and other attractions. A 1,430 pound meteorite valued at over $1 million, one of the largest ever found, was discovered in nearby Haviland, Kansas (population 590). A biophysicist in Haviland offers site tours along a six-mile long strewn field and allows patrons to look for fragments.

Aspiring writers, and those who simply enjoy literature, attend dozens of writers’ workshops that are held throughout the country. The following are some of the more recognized events:

• The Fine Arts Work Center (Provincetown, MA; www.fawc.org), where writers and visual artists compare notes in one of the most accepting and inspiring locales, is the oldest, continuous art colony in the country. From June to August there are summer-long, week-long, and weekend classes as well as public readings in the Stanley Kunitz Reading Room.

• Tennessee Williams specified in his will that a memorial fund be established to encourage creative writing; his wishes are carried out each July at the Sewanee Writers’ Conference (Sewanee, TN; www.sewaneewriters.org).

• Named one of the Top Ten writers’ conferences in the United States by USA Today, the Taos Summer Writers’ Conference (www.unm.edu/~taosconf/) is an annual gathering that draws writers from all over the country to the inspirational setting of Taos, New Mexico. Known for its inclusive, nurturing community, the Taos Conference offers numerous weeklong and weekend workshops in fiction, poetry, nonfiction, and screenwriting. The conference is held in June.

Where is Essex ? Essex Map Location

View of the West Building of the National Gallery of Art

A tour of The Descalzos Viejos Winery Ronda 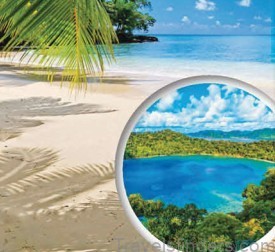