Roskilde (pop. 53,000), in central Zealand, served as Denmark’s capital when King Harald Bluetooth built the country’s first Christian church here in AD 980. These days, Roskilde is famous for the liRoskilde Music Festival, the largest outdoor concert in Northern Europe, where performers such as Coldplay, REM, U2, Bob Dylan, and Bob Marley have taken the stage, (www.roskilde-festival.dk. July 14, 2004.) The ornate sarcophagi of the red-brick EiRoskilde Domkirke, in Domkirkepl. house the remains of generations of Danish royalty. (35 16 24. Open Apr.-Sept. M-F 9am-4:45pm, Sa 9am-noon, Su l-2pm; Oct.-Mar. Su 12:30-3:45pm, Tu-Sa 10am-3:45pm. 15kr, students lOkr. English tours mid-June to mid-Aug. M-F 11am and 2pm, Sa 11am, Su 2pm.) The Viking Ship Museum, Vindeboder 12, near Strandengen along the harbor, houses remnants of five ships sunk circa AD 1060 and salvaged in the late 1960s. From the tourist office, take the pleasant walk downhill through the park or take bus #607 (dir.: Boserup; free with train ticket). Book a ride on an authentic Viking ship, but be prepared to take an oar conquest is no spectator sport. (30 02 00; www.vikingeskibsmuseet.dk. Museum open daily 9am-5pm. In summer 60kr, off-season 45kr. Boat trip 90kr, 50kr with museum ticket.)

In AD 800, Vikings put the small town of Roskilde on the map by sailing to continental Europe and annihilating the feudal order. Over a millennium larter, the tiny town is taking Europe by storm with its annual Roskilde Music Festival, again challenging any semblance of law and order.

Attendees wear wrist bands in lieu of tickets, and the most devoted fans sport their bracelets year-round like badges of honor-those boasting 5 years’ worth are offered free admission.

At the end of the seven days, unbathed, dehydrated, and sated music-lovers have new friends and 358 days to recover. 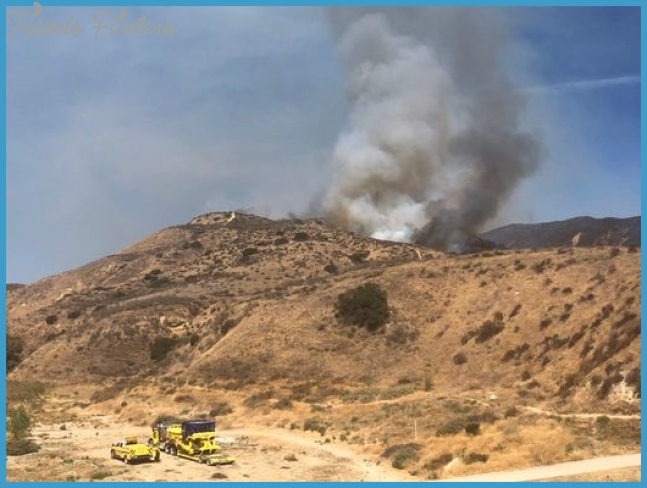