South of Nan’ao there are several small bays and narrow sandy beaches. You can reach them by car along a winding mountain track, which to us, given the general level of driving skill and attention around the town, is a major disincentive. But when your heart rate drops to normal and your palms stop sweating, the results are worth it. Maybe one of the boats available for hire at Nan’ao would be a better option.

Down towards to Moyu squid Point, the southernmost point of the Peninsula is Dalang Big Wave Bay one of the many bays of that name in this area. It’s pleasant and totally untouched with crystal clear water and reasonable surf in season. E’gong Bay to the north of Dalang Bay is a fair beach with some basic facilities but note the aquaculture farm nearby. Frankly, we don’t trust the quality of waste treatment here so beware. Yangchou Bay just south of Nan’ao is not officially open to the public but it has some unique floating seafood restaurants at the fish farms. These are a lot of fun. As usual, choose your fish and they cook it. Make sure you’re certain of the price before you confirm the order. There is still a view current here that foreigners have unlimited cash which they have no problems parting with.

Once upon a time, not so very long ago, the village of Shataukok in Mandarin Shatoujiao had a particular place in Hong Kong folklore. As part of the 1898 settlement which led to the lease of the New Territories, the Hong Kong China border was placed right down the middle of the main street of the village named by the Chinese as China Britain Street.

On the Hong Kong side this was viewed with great interest, especially after 1949 when it became increasingly difficult to get into China. Then came the great upheavals of the Cultural Revolution. The area became the Border Closed Zone, which effectively meant that only the police and the military could visit Shataukok on the British side. The name of Shataukok gradually faded from the public mind, albeit with some notable and occasionally amusing exceptions. We recall an occasion in 1973 when a patrol from the British Garrison turned right instead of left in the streets of Shataukok and were immediately detained by the People’s Border Guards. Next morning Hong Kong English language radio announced the time as Eight o’clock, or for the Air Force, 0800 hours, or for the Navy, forenoon watch, eight bells. For the garrison, the big hand’s on twelve and the little hand’s on eight.

On the Chinese side, Shataukok old village became, and still remains, the only frontier closed area. The reason for this is that villagers are free to pass from one side to the other, possible because of the closed zone on the Hong Kong side. As a result, all sorts of freedoms were tolerated in the Shataukok zone, which were unheard of elsewhere in China, notably gold trading, and Shataukok became synonymous with fast and slightly naughty practices.

It is still a closed zone and is very popular with Mainland tourists. We’d love to be able to tell you all about it but to visit it requires a special permit and we have been firmly advised that such privileges are not for foreigners. We understand that there is a museum of Hong Kong, doubtlessly concentrating on the evils of colonialism. If any of our readers have managed to penetrate the green door and are prepared to reveal its deep Masonic secrets, we’d be all ears. 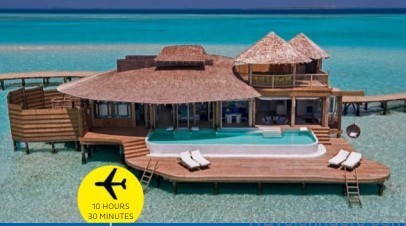