Munich’s nightlife is a curious collision of Bavarian Gemiltlichkeit (“warmth”) and trendy cliquishness. The odyssey begins at one of Munich’s beer gardens or beer halls, which generally close before midnight and are most crowded in the early evening. The alcohol keeps flowing at cafes and bars, which, except for Friday and Saturday nights, close their taps at lam. Discos and dance clubs, sedate before midnight, throb relentlessly until 4am. The trendy spots along Leopoldstrafte in Schwabing attract tourists from all over Europe. Many of these venues require you to at least attempt the jaded hipster look, and the Munich fashion police generally frown on shorts, sandals, and t-shirts.

The six great Munich labels are Augustiner, Hacker-Pschorr, Hofbrdu, Lowenbrau, Paul-aner, and Spaten-Franziskaner; but most restaurants and Gaststatte have picked a side and only serve one brewery’s beer. There are four main types of beer served in Munich: Helles (light), Dunkles (dark), Weifibier (cloudy blond beer made from wheat instead of barley), and Radler (“cyclist’s brew;” half beer and half lemon soda). Saying “Ein Bier, bitte” will get you a liter, known as a MaJ3 (4-6). Specify if you want only a halb-Mafi (3-4).

Munich’s Altstadt is not simply for ogling the Glockenspiel and other tourist attractions. Small beer gardens and street-side cafes pepper the area, offering an array of local beverages wide enough to suit any palate.

Sample the many varieties of Hacker-Pschorr beer at Donisl.

Think Germans only drink beer? The medieval winery in the Ratskeller beneath the Neues Rathaus proves otherwise.

Make merry with hundreds of tourists and locals in Lederho-sen at the Hofbrauhaus.

Try out Schneider WeiBe at the Weifies Brauhaus.

Drink like a lion at the Lowe am Markt, home of Lowenbrau.

Although Bavaria has the reputation of being less welcoming to homosexuality, Munich sustains a respectably vibrant gay nightlife. The center of the gay scene is in the Glockenbachviertel, stretching from the area south of the Sendlinger Tor through the ViktualienmarktGartnerpl. area to the Isartor. Our Munich, Munich’s gay and lesbian leaflet, is available at the tourist office, while Sergej is available at many gay locales, including Max&Milian Bookstore, Ickstattstr. 2 (open M-F 10:30am-2pm and 3:30-8pm, Sa llam-4pm).

Every fall, hordes of tourists make an unholy pilgrimage to Munich to drink and be merry in true Bavarian style. From noon on the penultimate Saturday of September through early October, it’s all about consuming beer, and the numbers for this festival have become truly mindboggling: Participants chug five million liters of beer, but only on a full stomach of 200,000 Wurste. Oktoberfest is the world’s largest folk festival in fact, the festival has gotten so large (and sometimes out of hand) that the city of Munich has stopped advertising it.

Oktoberfest began on October 12, 1810 to celebrate the wedding of crown prince Ludwig (later king Ludwig I of Bavaria) and Princess Theresa von Sachsen-Hildburghausen. Representatives from all over Bavaria met outside the city gates, celebrating with a week of horse racing on fields they named Theresienwiese in honor of the bride (U4 or 5 to Theresienwiese). The original reception was such fun that Miincheners have repeated the revelry (minus the horses) ever since. An agricultural show, inaugurated in 1811, is still held every three years, and fair fare, from carousels to touristy kitsch, remain to amuse beer-guzzling participants.

The festivities begin with the “Grand Entry of the Oktoberfest Landlords and Breweries,” a parade which ends around noon with the drinking of the ceremonial first keg, to the cry of O’zapft is! (“it’s tapped”) by the Lord Mayor of Munich. Other special events include international folklore presentations, a costume and rifleman’s parade, and an open-air concert. Each of Munich’s breweries sets up tents in the Theresienwiese. The touristy Hofbrdu tent is the rowdiest; fights break out. Arrive early (by 4:30pm) to get a table; you must have a seat to be served alcohol. Drinking hours are relatively short, about 9am to 10:30pm, depending on the day; fairground attractions and sideshows are open slightly later. For those who share a love of alcohol with their kin, family days have reduced prices.

“Arbeit Macht Frei” (“work will set you free”) was the first thing prisoners saw as they entered Dachau; it’s written over the gate of the Jourhaus, formerly the only entry to the camp. Dachau was primarily a work camp (rather than a death camp, like Auschwitz). During the war, prisoners made armaments in Dachau because the SS knew that the Allies would not bomb a concentration camp. Although Dachau has a gas chamber, it was never actually used because the prisoners purposely made mistakes and worked slowly in order to delay completion. Once tightly packed barracks are now, for the most part, only foundations; however, survivors ensured that at least two barracks would be reconstructed to teach future generations about the 206,000 prisoners who were interned here from 1933 to 1945. The walls, gates, and crematorium have been restored since 1962 in a chillingly sparse memorial to the victims of Dachau. The museum, located in the former administrative buildings, examines pre-1930s anti-Semitism, the rise of Nazism, the establishment of the concentration camp system, and the lives of prisoners through photographs, documents, and artifacts. The thick guide (26) translates the propaganda posters, SS files, documents, and letters. Most exhibits are accompanied by short captions in English. A short film (22min.) is screened in English at 11:30am, 2pm, and 3:30pm. A new display in the Bunker, the concentration camp’s prison and torture chamber, chronicles the lives of the camp’s prisoners and the barbarism of SS guards. Lengthy (2hr.) tours in English leave from the museum. (June-Aug. daily 12:30pm; Sept.-May Sa-Su 12:30pm. Free, but donation requested. Camp open Su and Tu-Sa 9am-5pm.) 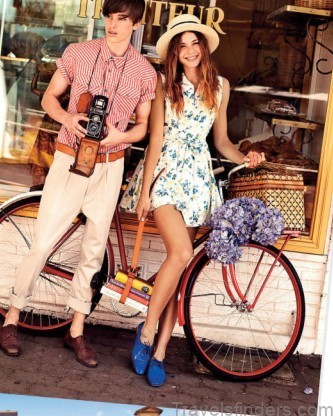